Tuesday was the first opportunity for both the Federalist and Nationalist parties to meet the candidates they would be voting for later in the day. The delegates running for office were given time to introduce themselves and sharing why their fellow Staters should cast their ballot for them. Then members of the audience were able to ask direct towards each candidate to hear their responses. 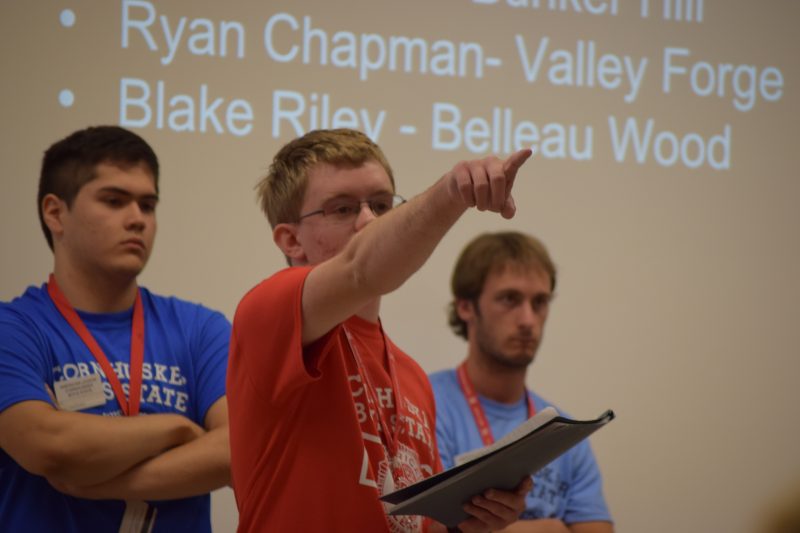 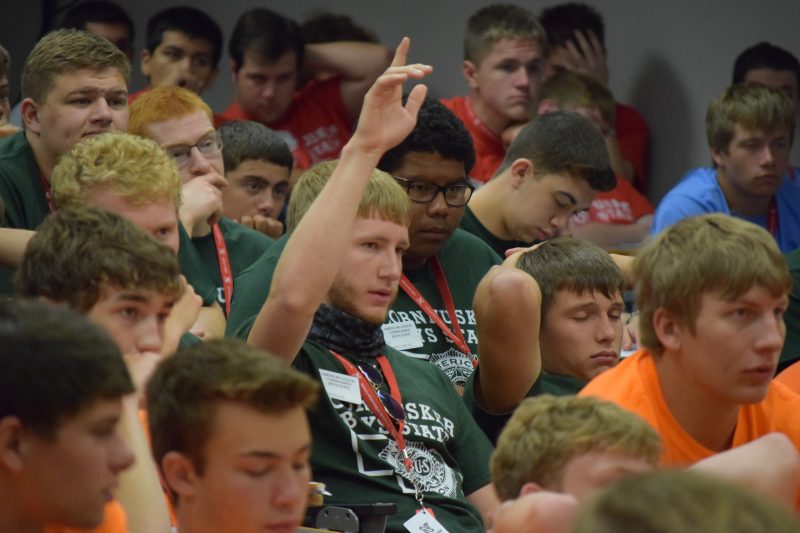 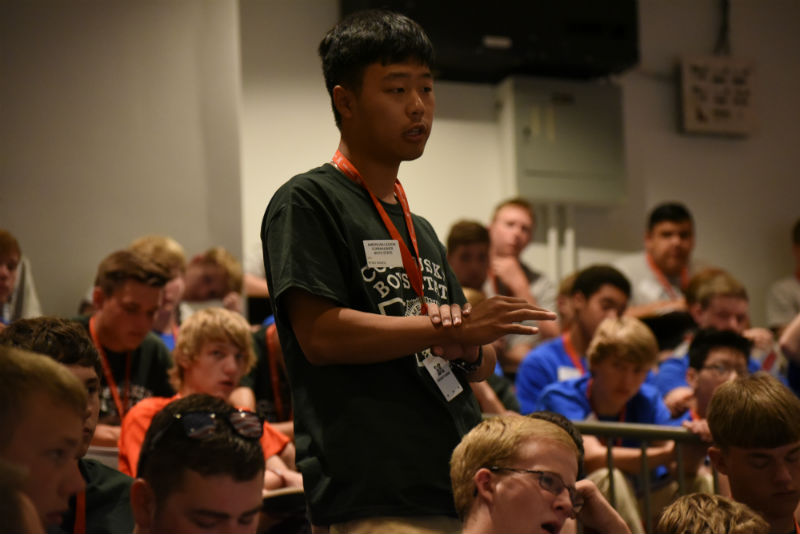 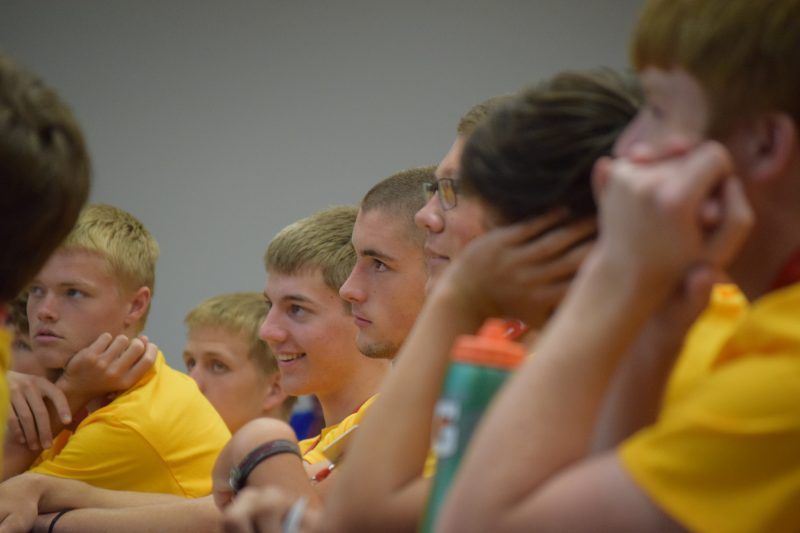 Platforms Have Been Set

The Boys’ State towns split into their two parties, the Federalists and the Nationalists, this morning to develop their party platforms. The morning was full of political debate, insightful discussion, and at the end of the morning their party candidates had their stances on which to campaign. 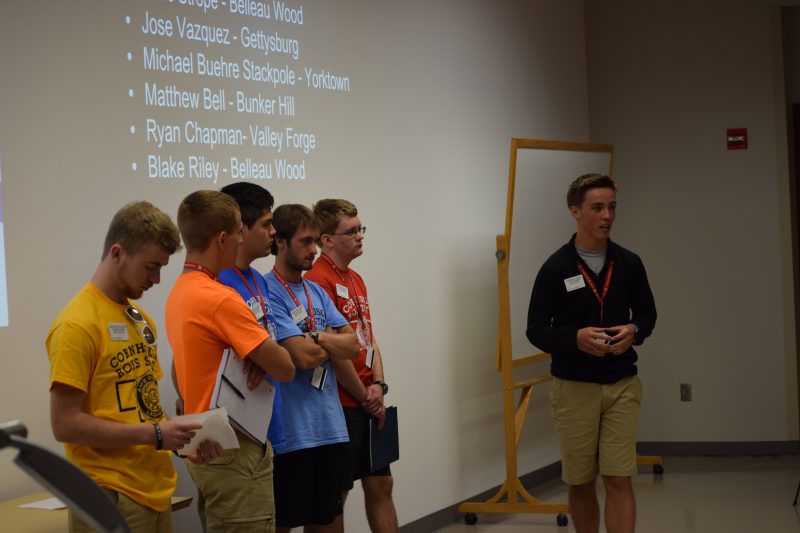 Some of the Nationalist Party stances are: 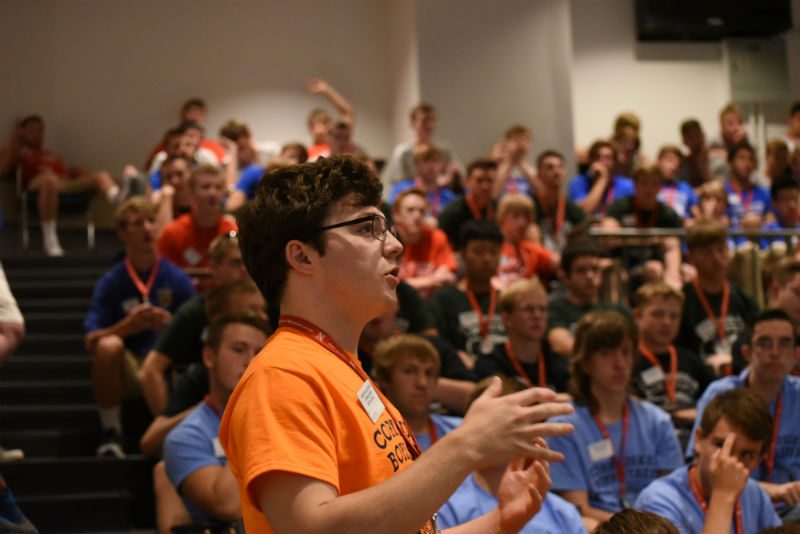 Some of the Federalist Party stances are: 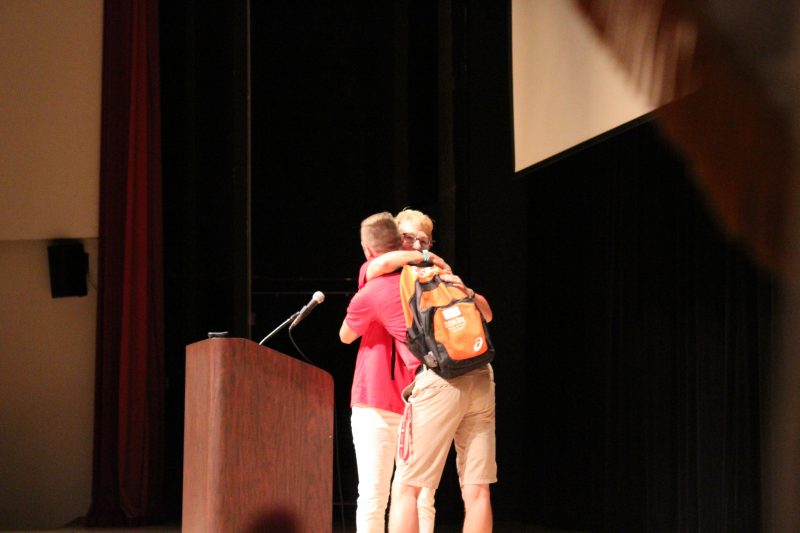 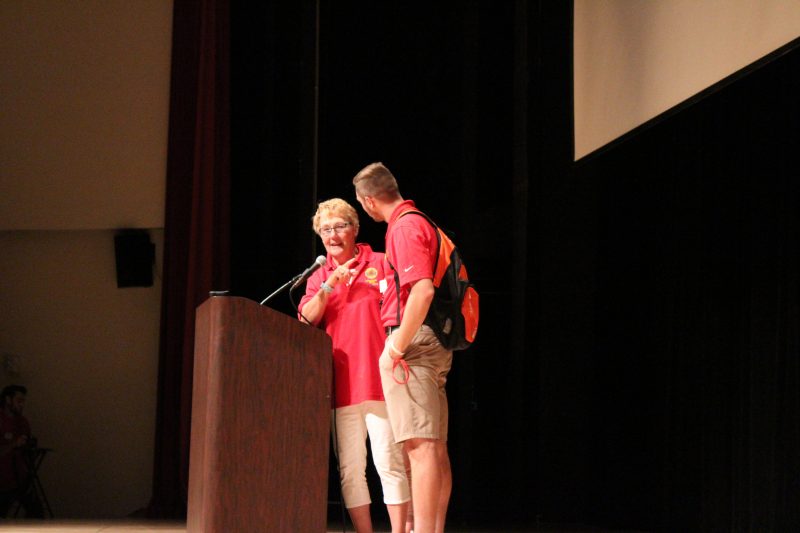 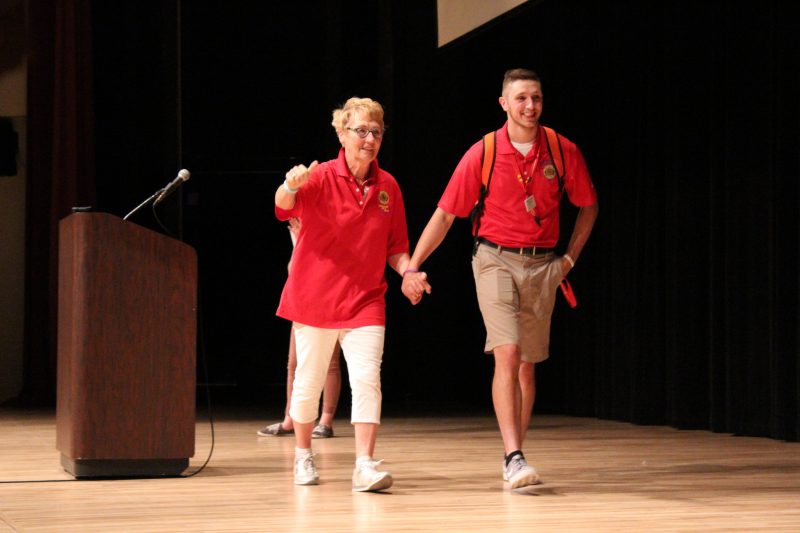 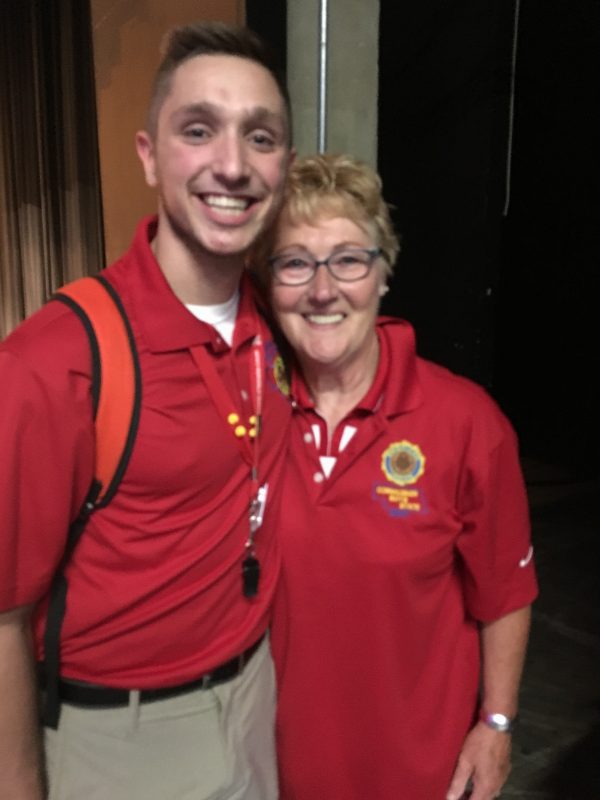 The keynote session on Monday night was the always popular “Secure Your Own Mask, FIRST!” by Dr. JoAnne Owens-Nauslar. The dynamic speaker provided plenty of movement and motivation to the crowd of nearly 800 delegates. Dr. Jo’s message is about healthy lifestyles, both mental and physical health. 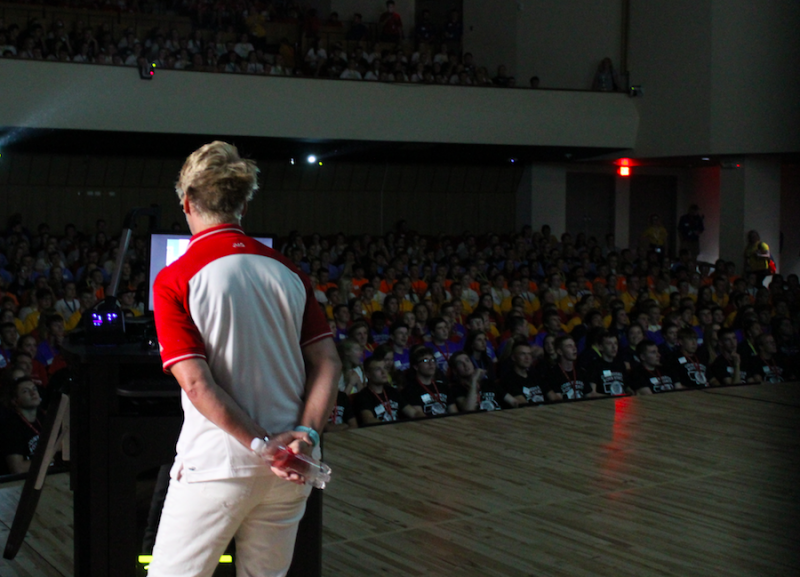 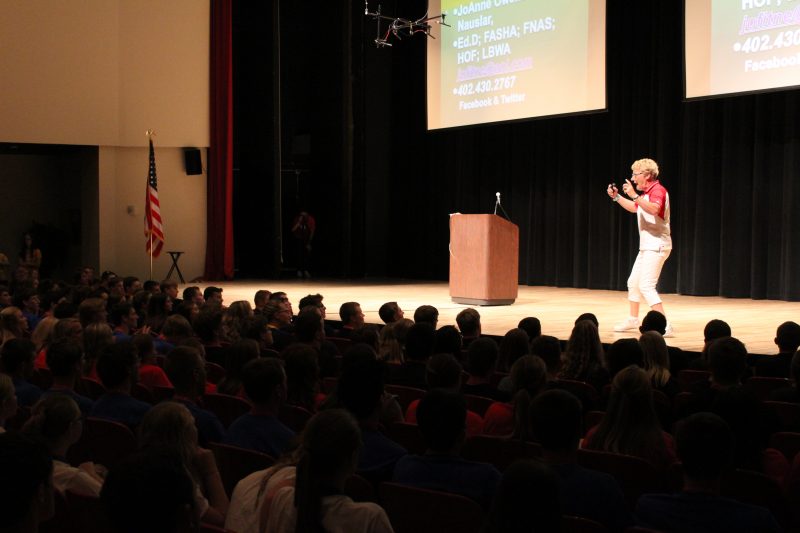 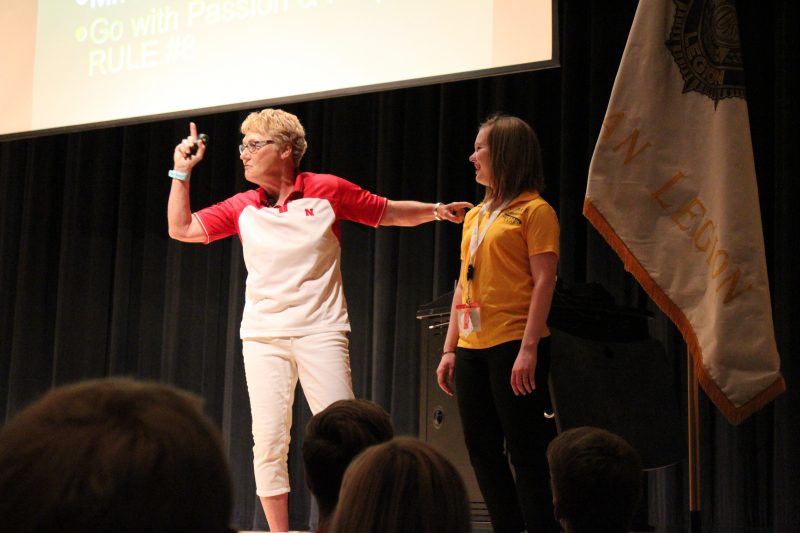 The Trouble with Flying Robots

Drone journalism was the topic at this mornings session in Kimball Hall.  Professor Matt Waite of the UNL Drone Journalism Lab engaged delegates in lively discussion regarding the challenges and opportunities presented by drone technology.  The discussion touched on topics like misconceptions about drone capabilities, practical applications in agriculture, and how technological advances can out paced regulation. 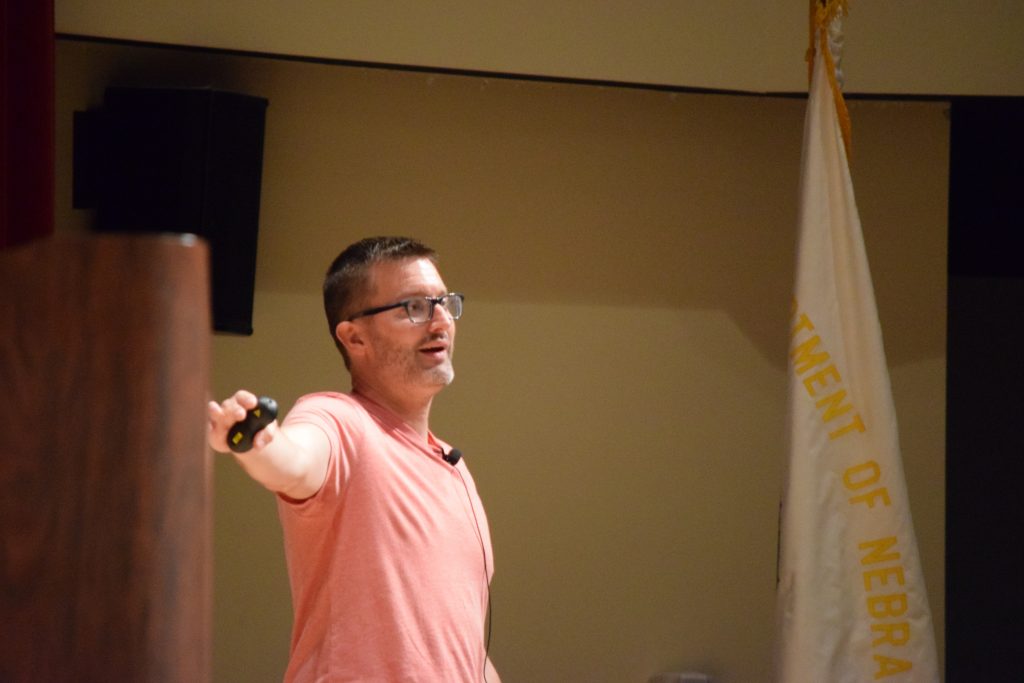