On Monday evening, delegates filed for state and county offices, officially declaring intent to appear on Tuesday afternoon’s primary election ballot. Check back for updates throughout the election process! 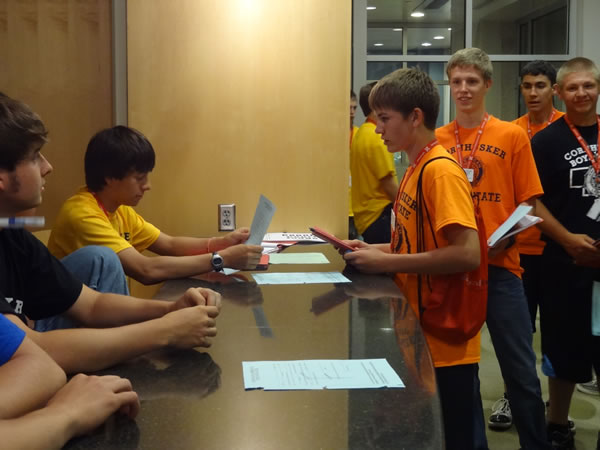 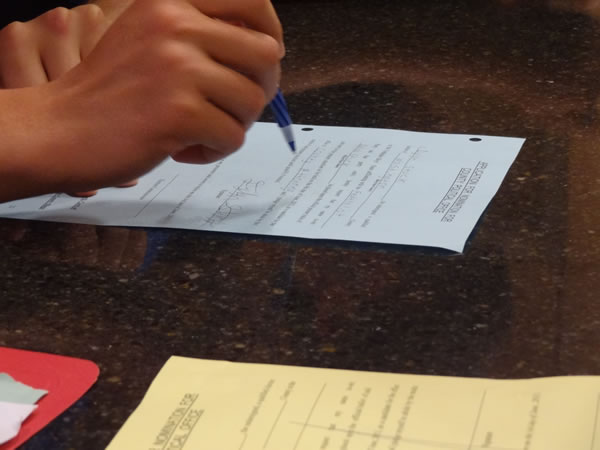 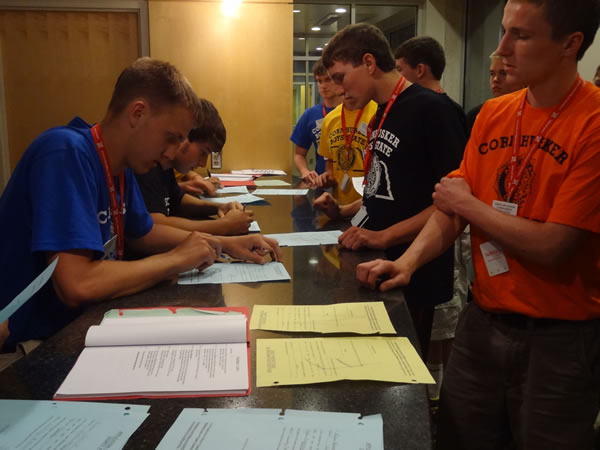 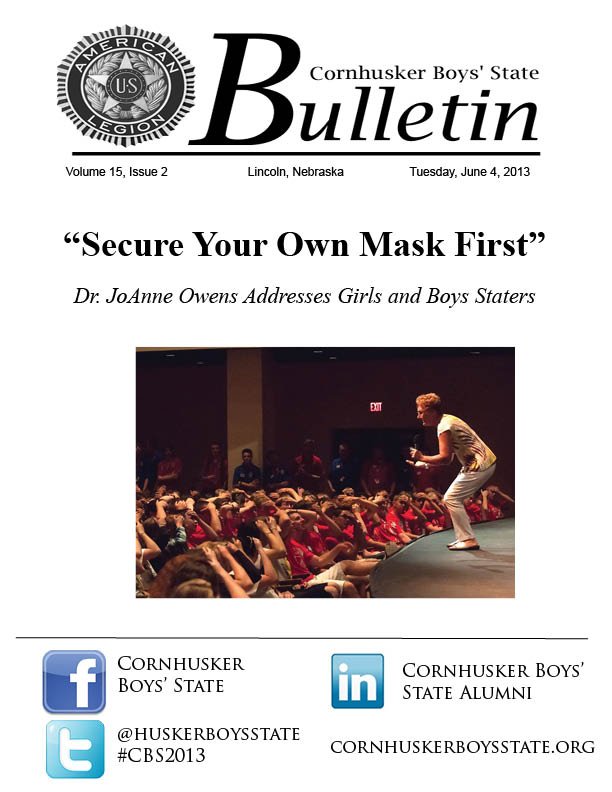 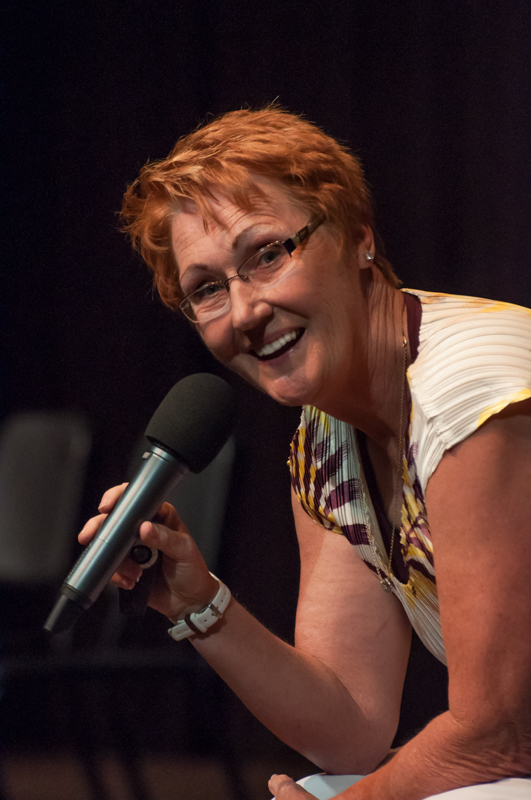 On Monday evening, Dr. JoAnne Owens-Nauslar addressed a joint session of Cornhusker Boys’ and Girls’ State. Delivering her speech entitled “Secure Your Own Mask First,” she taught delegates how to be healthy, active, and successful citizens. This energetic 64-year-old considers herself a “possibilitarian,” or one who considers her full potential and works to reach it each day, and encouraged the young delegates to do the same. Dr. JoAnne lives her life according to the following principle: “People who want milk should not seat themselves in the middle of the pasture and hope that the cow backs up to them.” Instead, she spoke to the importance of being pro-active, providing a list of traits that will help these young delegates become successful citizens in everything that they do. 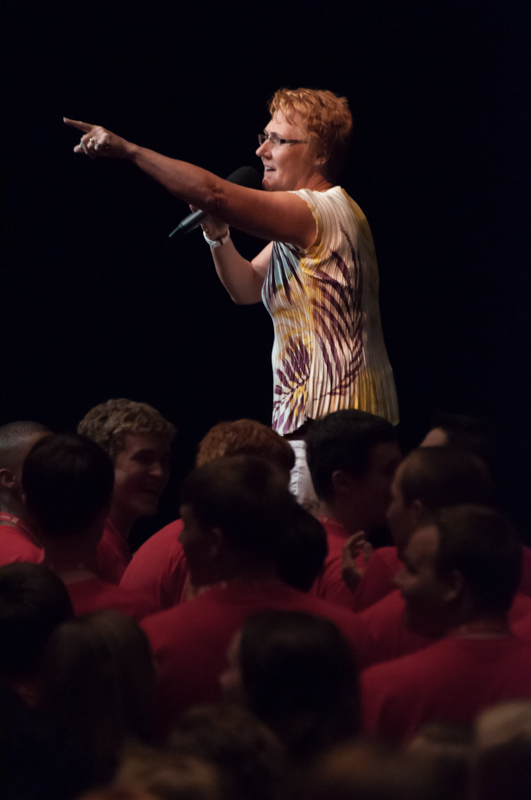 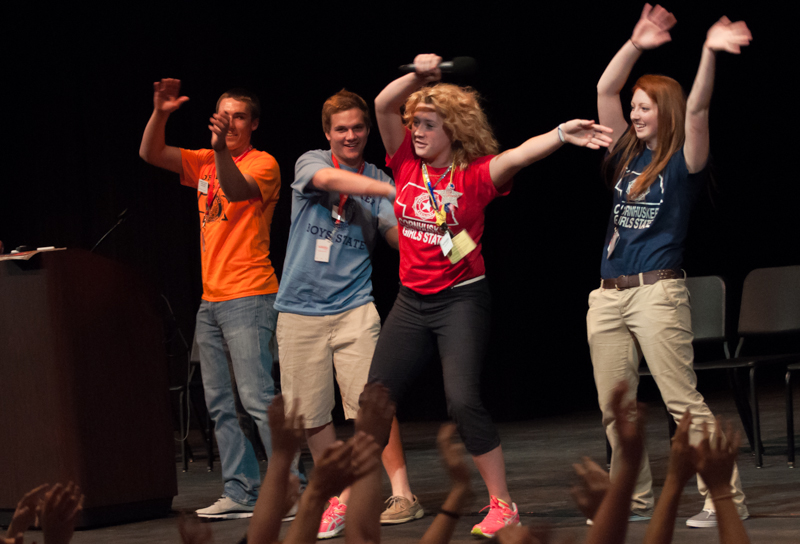 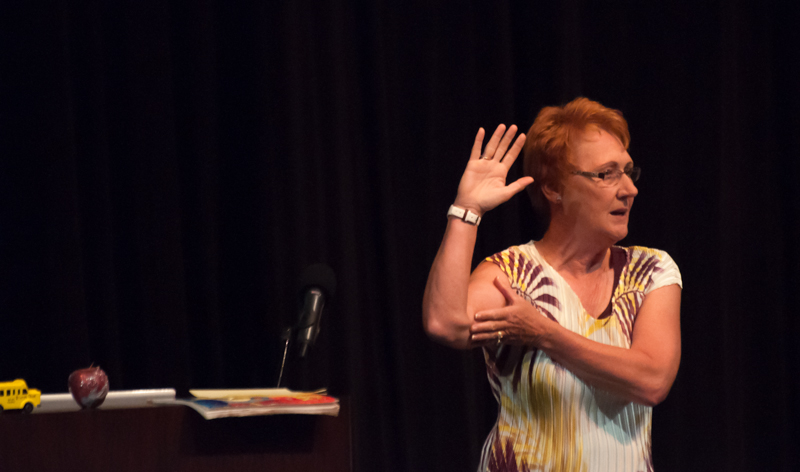 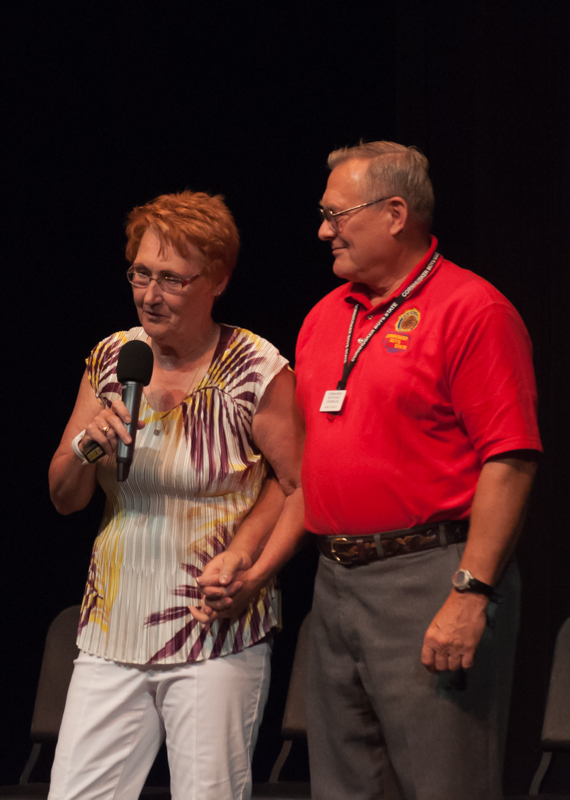 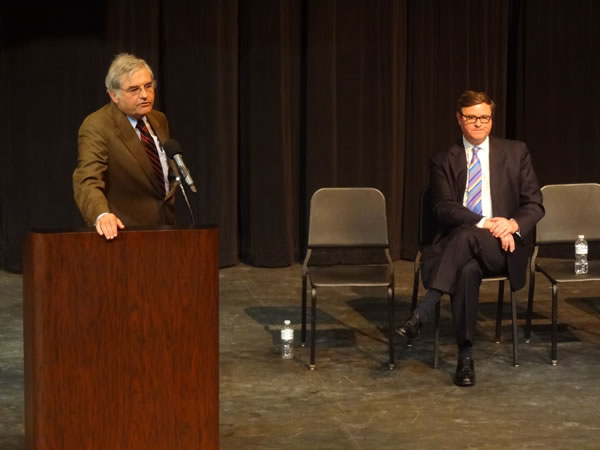 On Monday morning, Chairman Vince Powers of the Nebraska Democratic Party and Chairman J.L. Spray of the Nebraska Republican Party visited the delegation of Cornhusker Boys’ State to discuss the role of political parties in state and federal politics, as well as their respective party platforms and positions on current political issues. These issues will be among those debated by the delegates later this evening and tomorrow morning when delegates attend their own party meetings to create and amend official platforms. 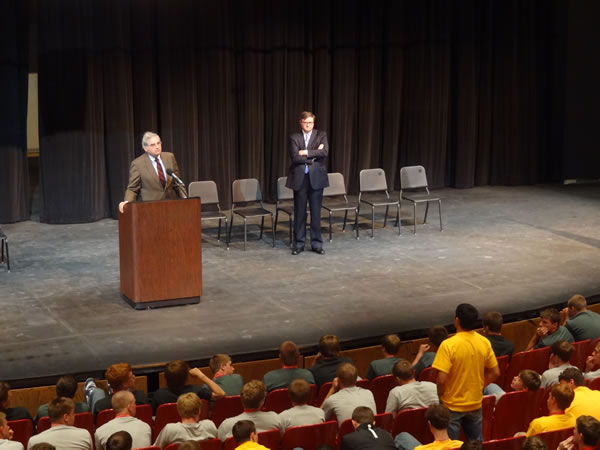 Throughout Monday afternoon and evening, lobbyists gathered within their respective political action committees to elect leadership and discuss their marketing strategies in preparation for the bulk of primary campaigns and elections tomorrow. PACs spent their time on activities such as authoring bills for the legislature, creating PAC names and slogans, devising strategies for garnering support, and determining the usefulness of cooperating with other PACs for miscellaneous objectives. 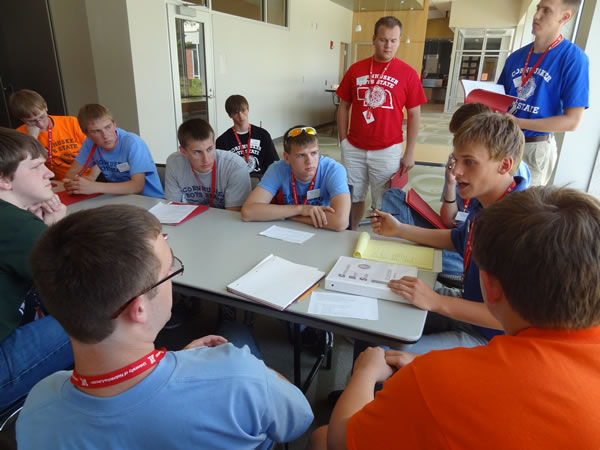 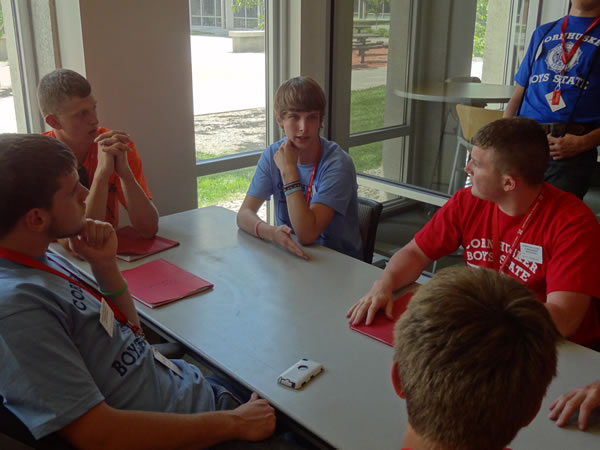