Those elected to city councils last night (see previous posts for election results), along with other town members, met today with actual city councilmen from across the state of Nebraska. They discussed issues facing real towns in Nebraska and the processes by which a city council operates. They also began passing some ordinances of their own, from new chants to regulations on fast-food restaurants.

Band and Chorus Get Organized

Yesterday afternoon, members of 2011 American Legion Cornhusker Boys’ State and American Legion Auxiliary Cornhusker Girls’ State met for the first time in Westbrook Music Building to begin their week of music-making in band and chorus. The Band Director is Mr. John Franssen, while the Chorus is directed by Dr. Peter Eklund. Unfortunately, the first rehearsal of the 2011  Boys’/Girls’ State Chorus was conducted behind-closed-doors, leaving us to wait in eager anticipation of the splendid performance the Chorus surely has in-store for us on Wednesday. 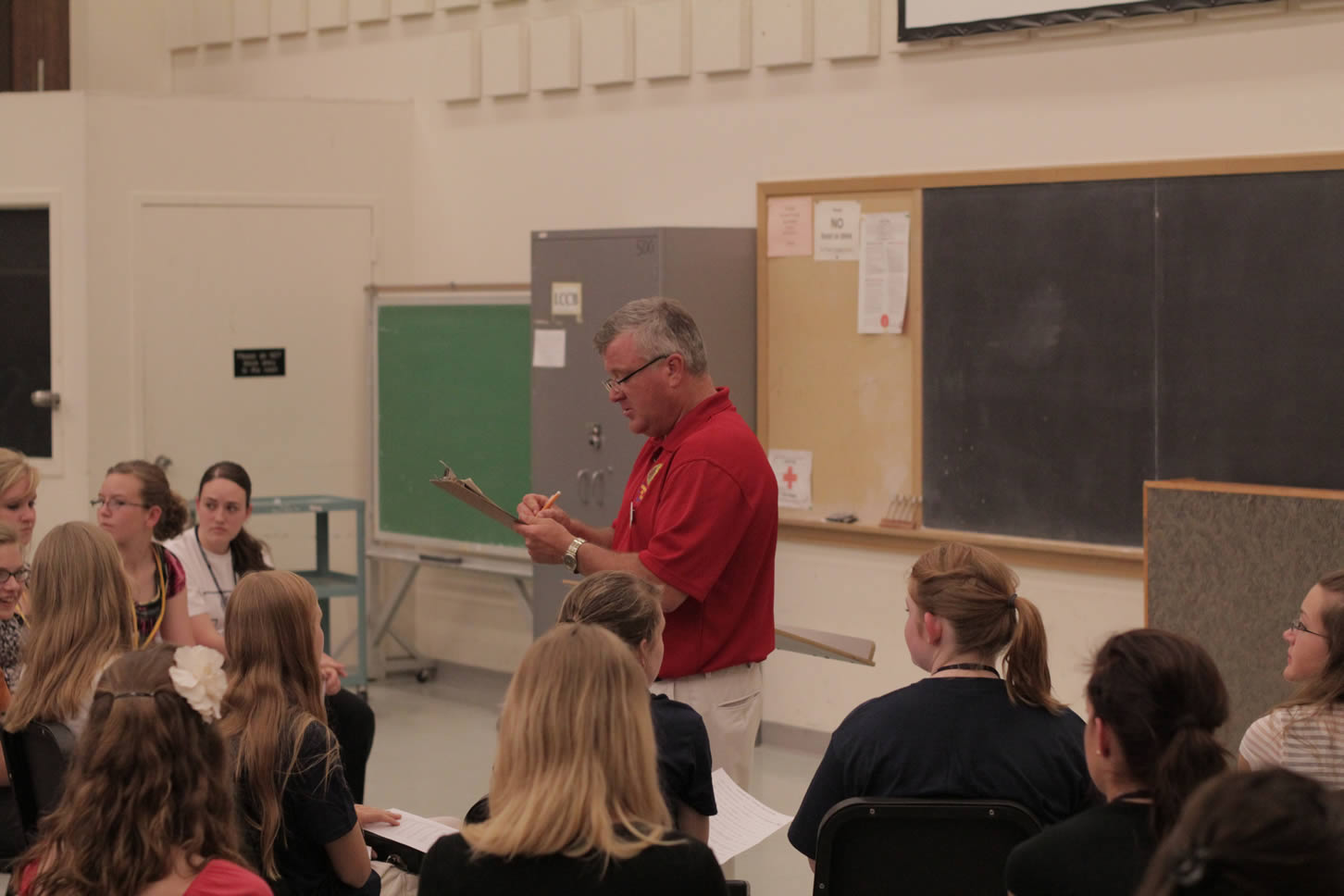 Mr. Franssen and the Ladies of 2011 Girls’ State 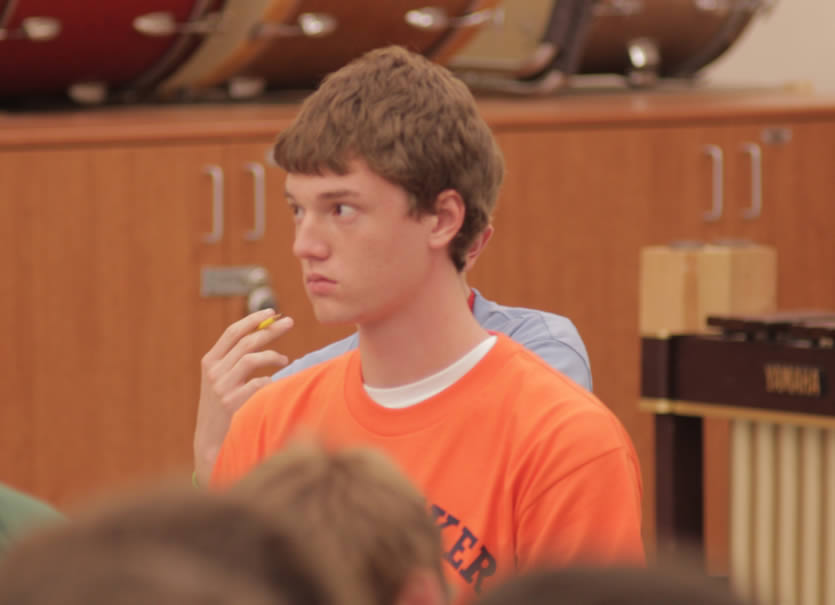 A Prospective Band Member from Yorktown 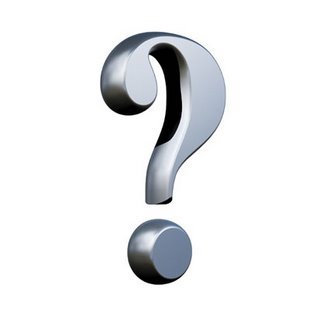 Dr. Eklund and the Chorus

After listening to the heated yet amicable face-off between State Party Chairmen Vic Covalt (Democrat) and Mark Fahleson (Republican), this years’ delegates processed out of Kimball Hall and around the corner to the front of the Sheldon Memorial Art Gallery to have their pictures taken. This session’s photos are the first not to be taken by The Picture Man, who sadly became victim of the struggling economy this past year. Instead, Legionnaire and Boys’ State Office Manager John Thompson stepped-up to become Boys’ State’s own picture man. Below are a couple of outtakes showing 1Lt. Cale Farquhar (red polo, back to the camera) giving marching orders to the men so they look their best before saying “Cheese!” 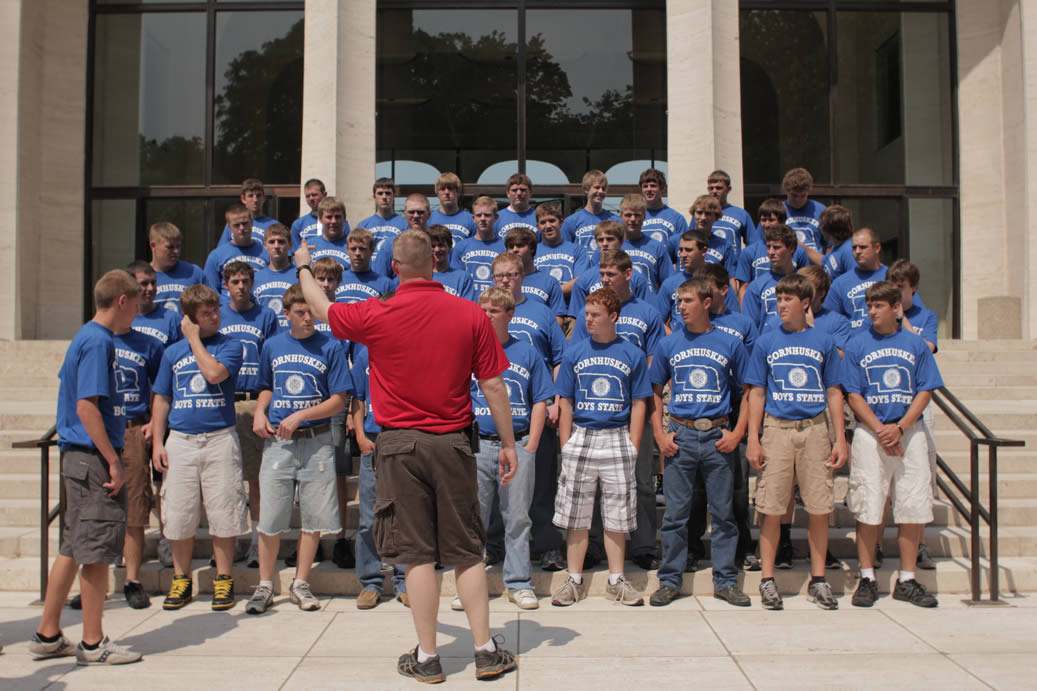 The Men of Gettysburg 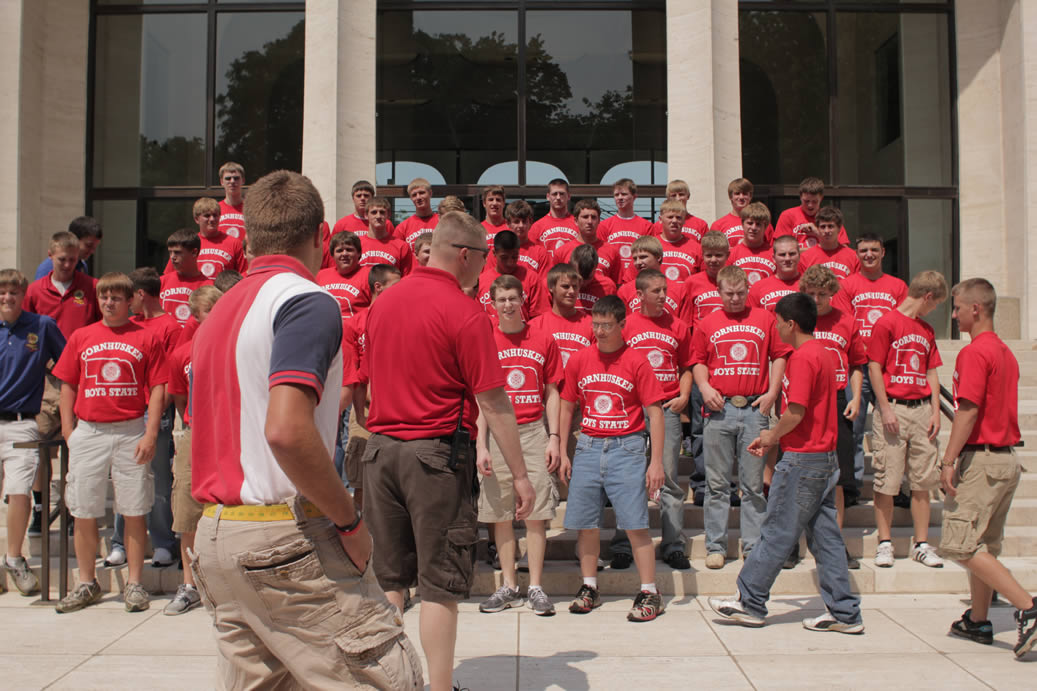 Who Can Forget the Alamo?