On Thursday evening, United States District Judge Mike Heavican paid a visit to Cornhusker Boys’ State to talk about the judicial system in the state of Nebraska, and also to administer the oath of office to the Boys’ State Supreme Court Chief Justice, who then gave the oath to other justices. Delegates had the opportunity to askHeavican questions, though at many points, he asked the delegates their own questions, curious how they would handle the scenarios they inquired about. 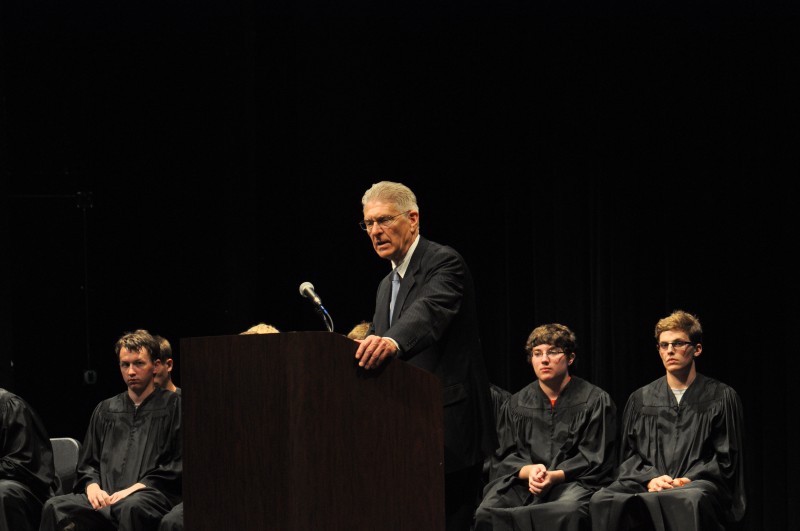