On Thursday afternoon, the Cornhusker Boys’ State Supreme Court heard the case of Fisher v. University of Texas. After deliberation, the court reached a 6-1 majority vote striking down affirmative action on the grounds that it “violates an applicant’s right to equal opportunity based on the premise of ethnicity [as] guaranteed by the 14th Amendment.” The dissenting opinion, however, found that “a diverse class including multiple races would be very beneficial to both the students and the institution.” The Supreme Court will be hearing other cases into the evening, and the opening remarks have already been heard on a case regarding the legality of same-sex marriage.

Cornhusker Boys’ State County Courts have also been busy today. The Lincoln County Court overturned the law allowing police officers to stop citizens at any time to inquire about their immigration status. The court found that “reasonable suspicion” is not thoroughly defined enough to ensure the avoidance of racial profiling in this matter. The Lincoln County Court also ruled in favor of a 14 year old defendant’s argument that his life sentence without parole violated his 8th Amendment rights prohibiting cruel and unusual punishment.

In Washington County, judges found government-mandated healthcare unconstitutional, and ruled that the federal government does not have the authority to mandate the purchase of such services. The Washington County Court also ruled today that the state of Nebraska does indeed have the right to enact Eminent Domain for the construction of the Keystone XL Pipeline through portions of the state. Our sources say to expect an appeal to the Cornhusker Boys’ State Supreme Court in this case. 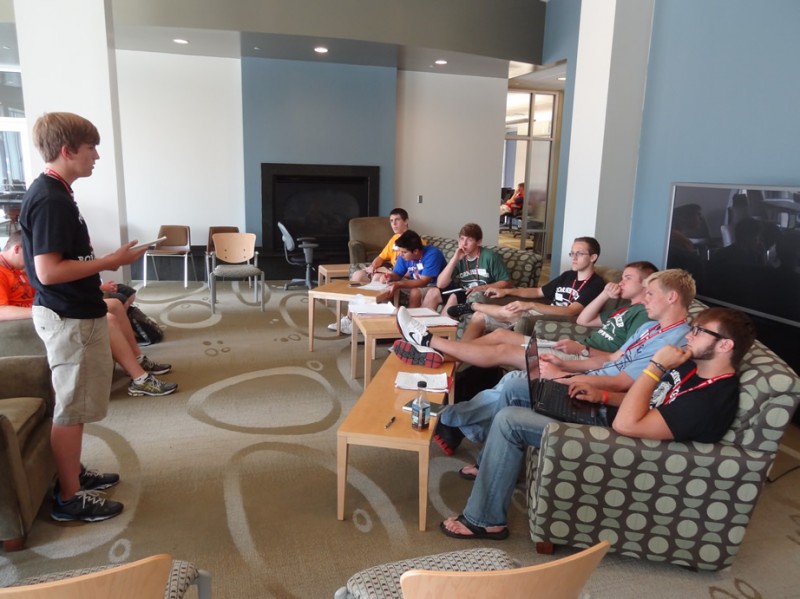 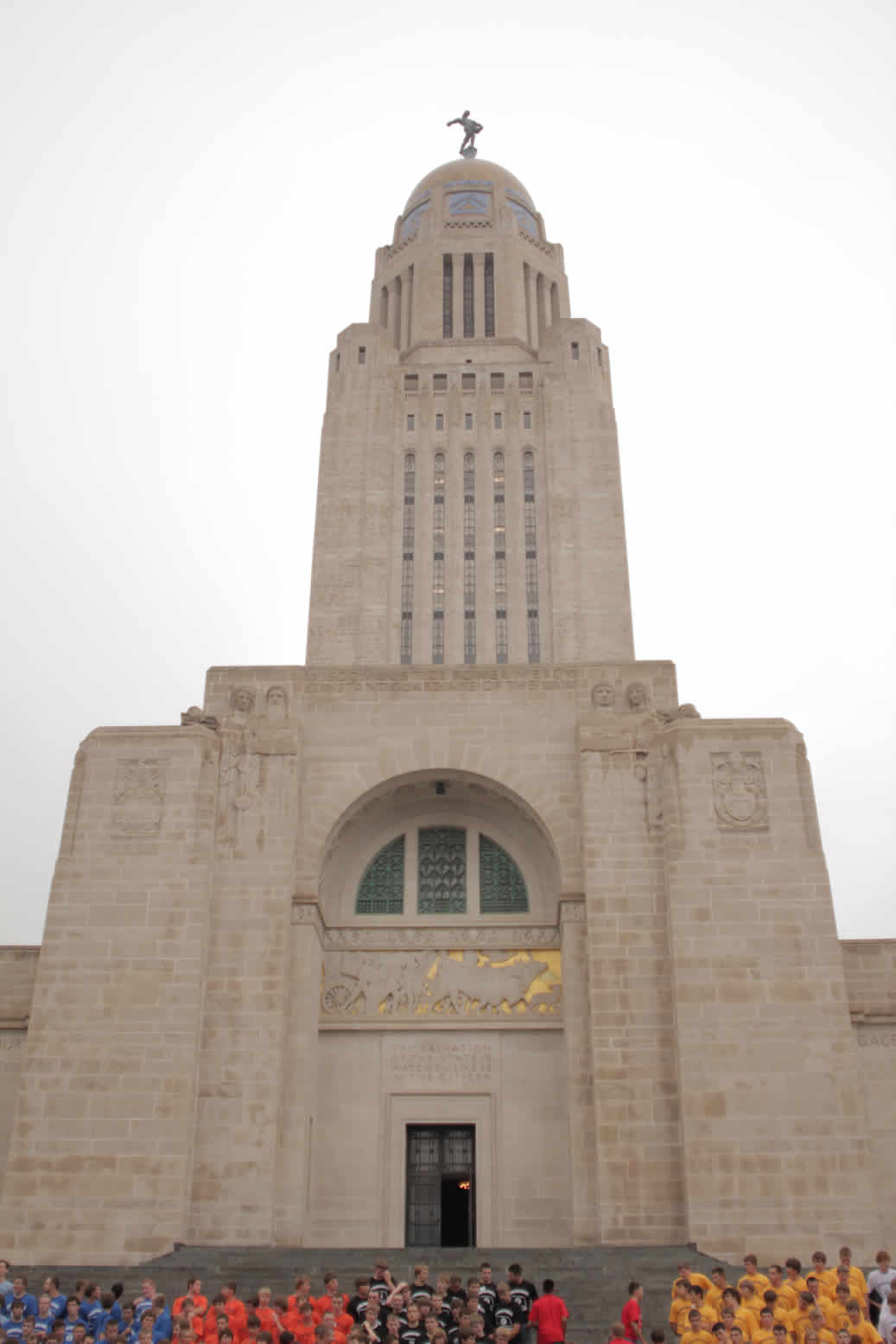 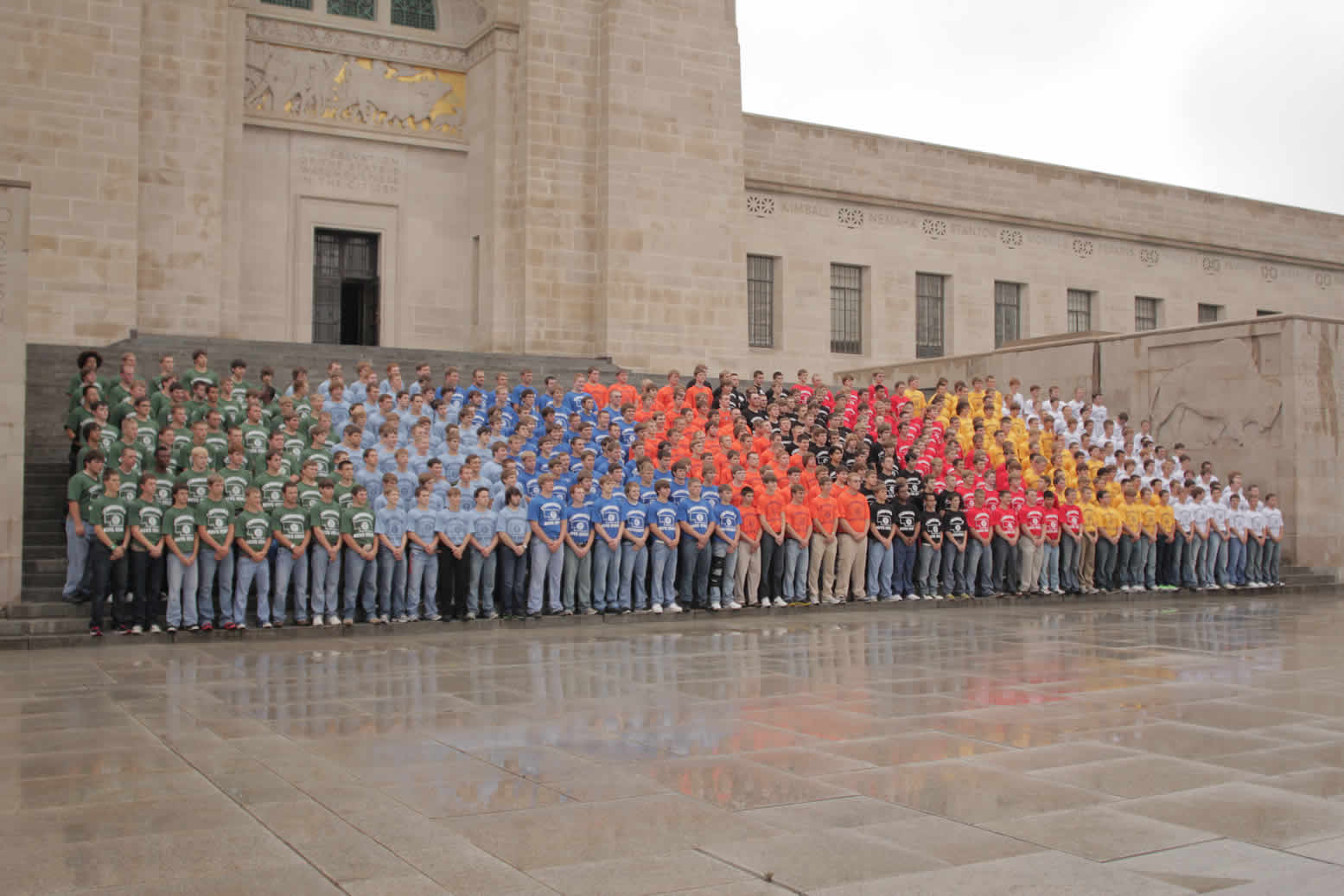 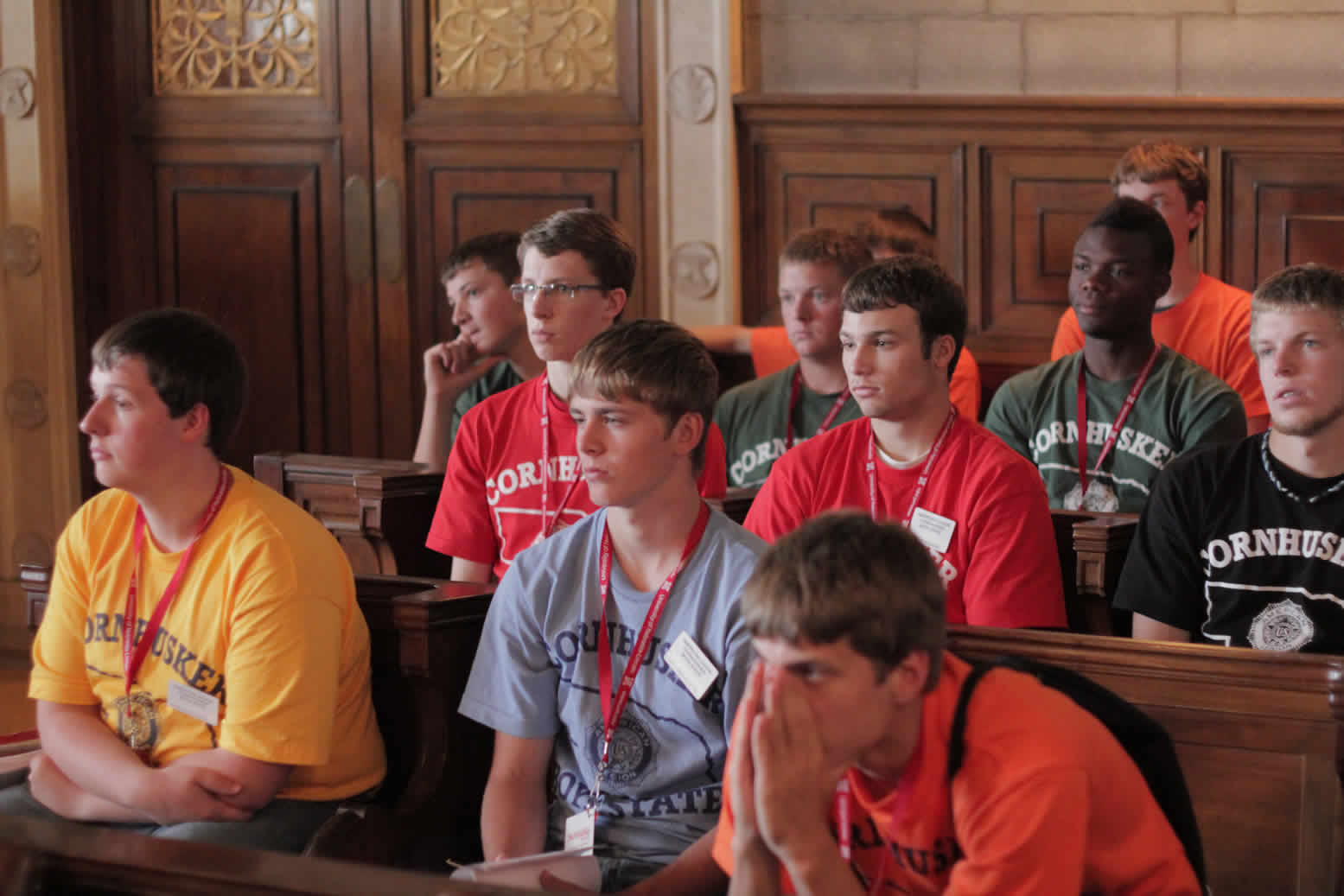 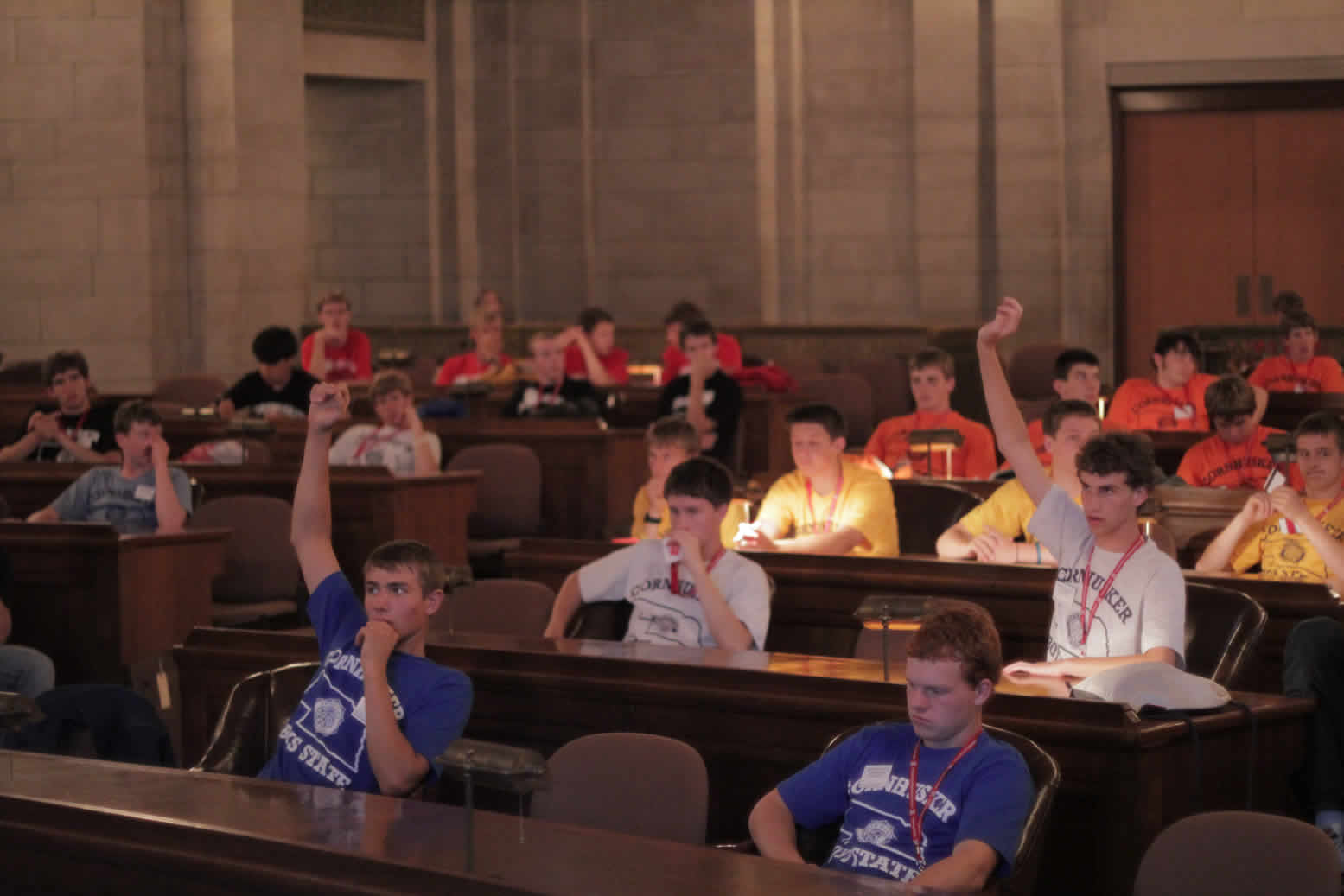 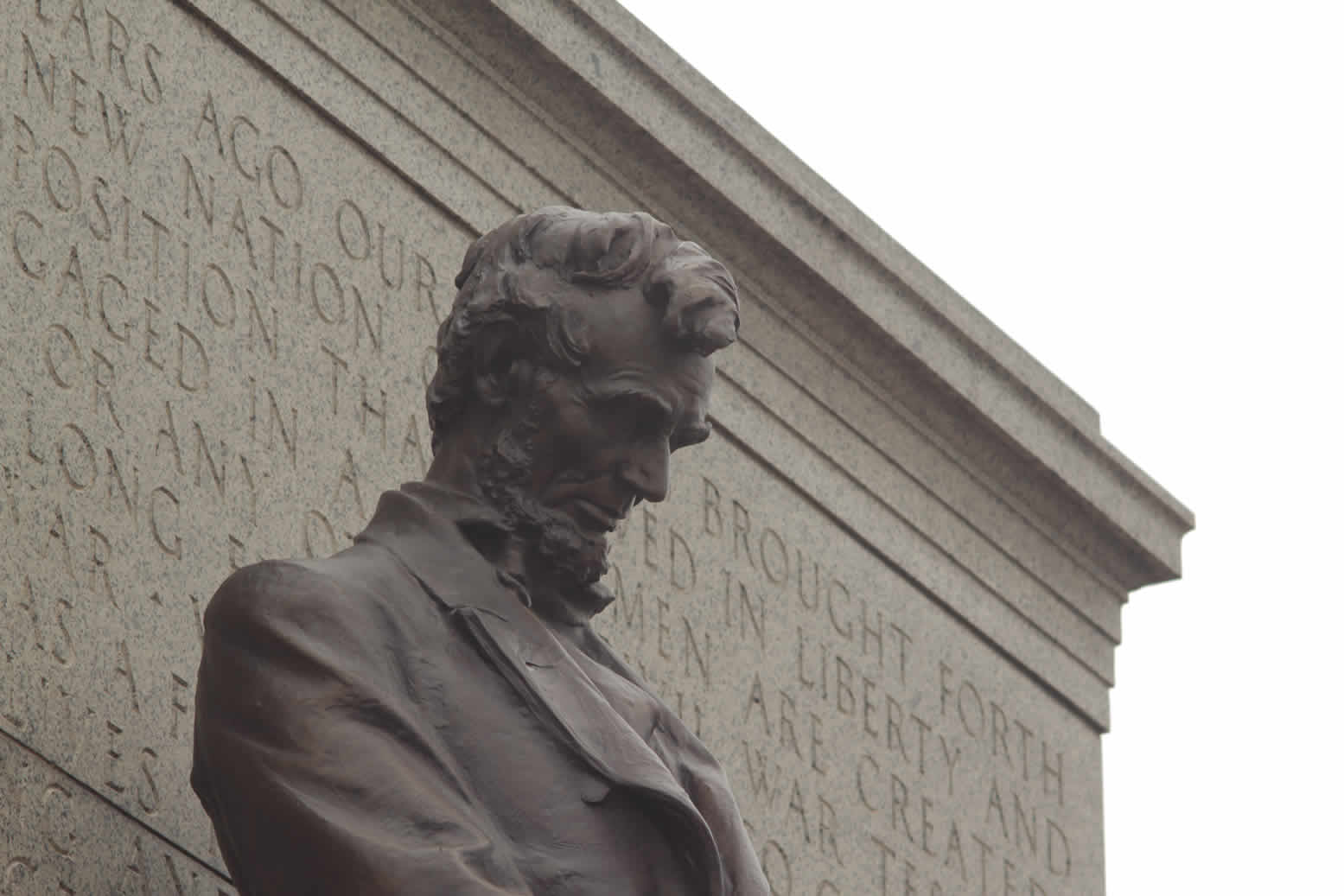 Earlier this evening, appointed judicial officials were sworn in by current Chief Justice of the Nebraska Supreme Court, Mike Heavican. Congratulations to the following members of the Boys’ State Judiciary.

Late this evening, delegates from all of Boys’ State made their way down to the first floor of Schramm Hall to file as competitors in the races for State, County, and Judicial offices.  As candidates turned in their forms, the air around them buzzed with hope, determination, excitement, and faint apprehension for the impending campaigns.