Winners of Gubernatorial Primary Square Off in Townhall Debate

Earlier today, Cornhusker Boys’ State delegates voted in the gubernatorial primary, from which Nationalist candidate Christian Mapes of Valley Forge and Federalist candidate Lukas Fricke of Alamo emerged victorious. This evening, these two candidates participated in a small townhall debate, which precedes the debate that will take place in front of the entire delegation tomorrow morning in Kimball Hall. Among the issues debated were agricultural subsidies, education, gay marriage, universal healthcare, imminent domain, and Second Amendment rights. Special thanks to our newspaper staff and multimedia staff for streaming coverage of the debate live for all towns in Cornhusker Boys’ State to watch. If you would like to review video footage from the debate, CLICK HERE! The debate begins approximately eight minutes into the video footage. 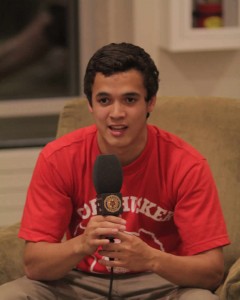 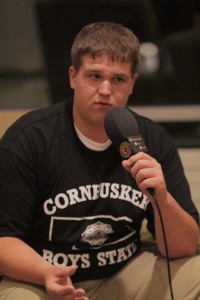 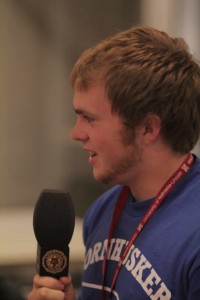 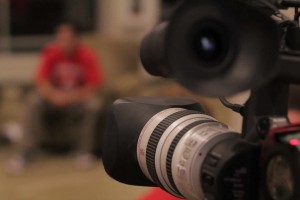 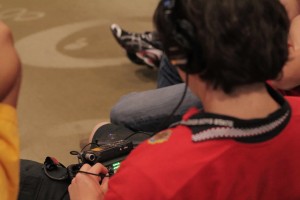 After a rousing concert performed by the Boys’ State / Girls’ State band and chorus, the honorable Governor Dave Heineman addressed a joint session of Cornhusker Boys’ and Girls’ State. His remarks were taken quite well, noted by the recurring applause and ovations from the audience. He rallied Husker camaraderie by voicing his support and enthusiasm for this coming football season in the Big Ten Conference. In his remarks, he also noted many aspects of his job as governor, including a trip to Blair earlier today to exam potential problems that Missouri River flooding will cause. After his address, Boys’ State and Girls’ State delegates had the opportunity to ask questions, and a wide range of topics were covered, from the Keystone Pipeline to education standards, from agro-terrorism to Westboro Baptist Church pickets. 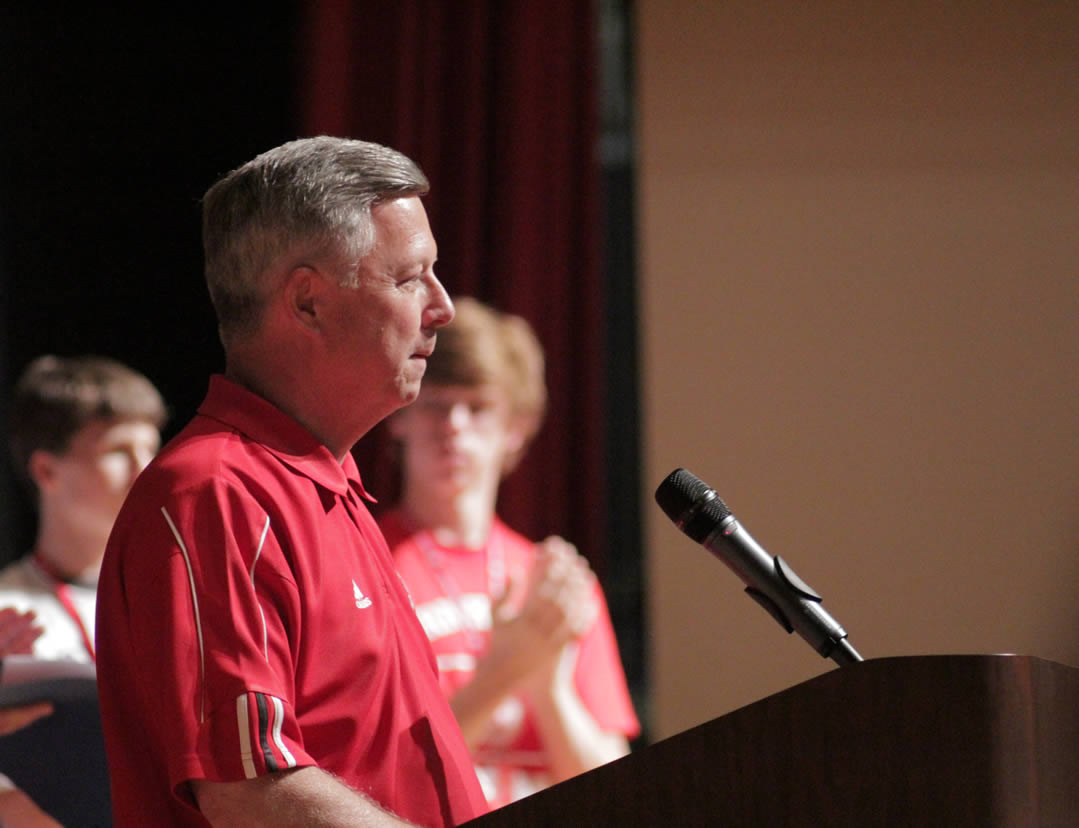 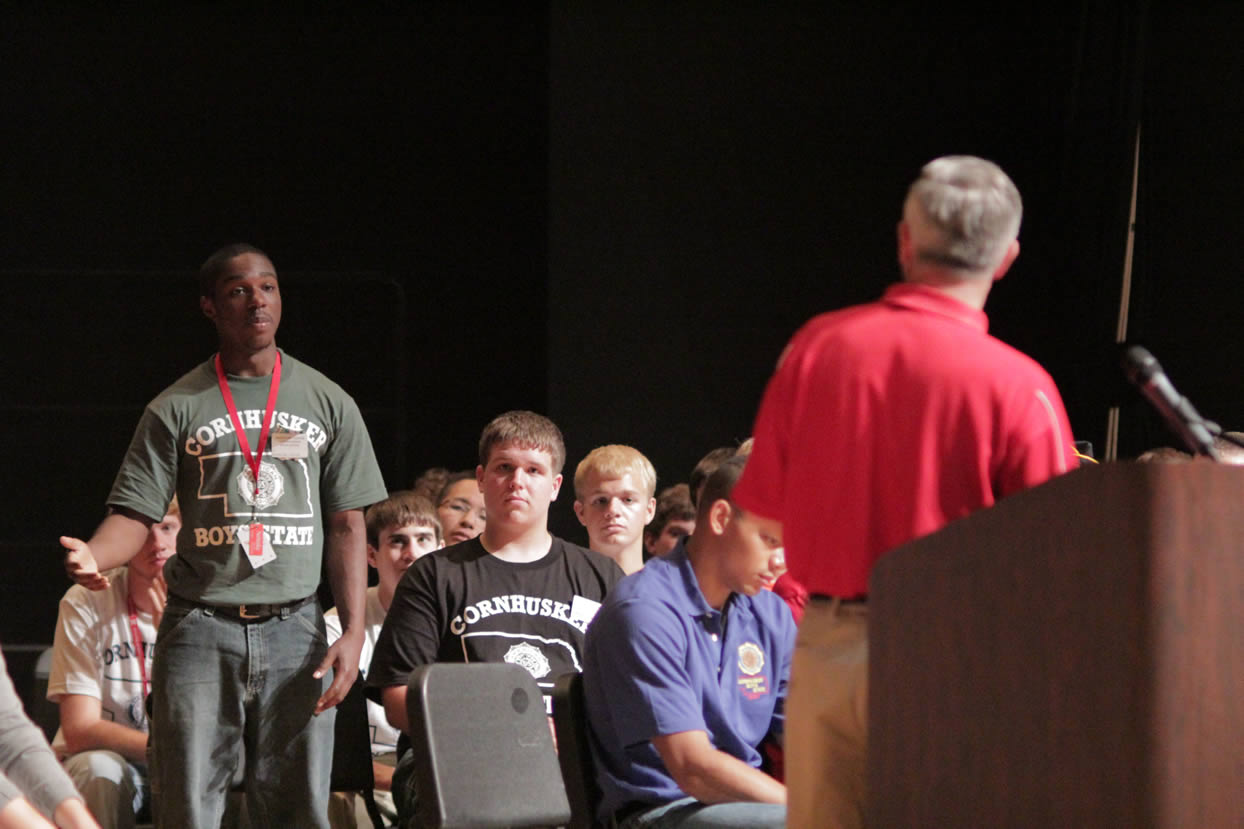 The Governor Takes a Question on Stage 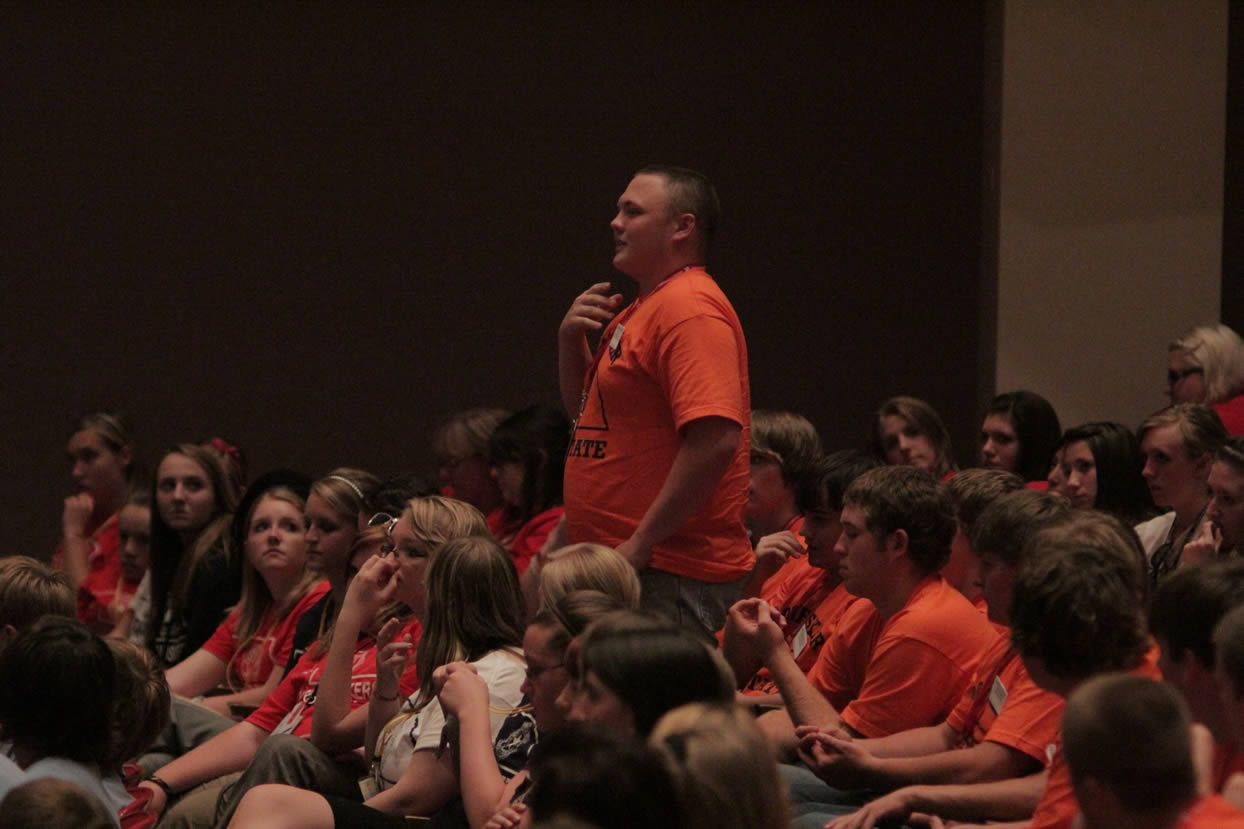 A Yorktonian asks the Governor a question. 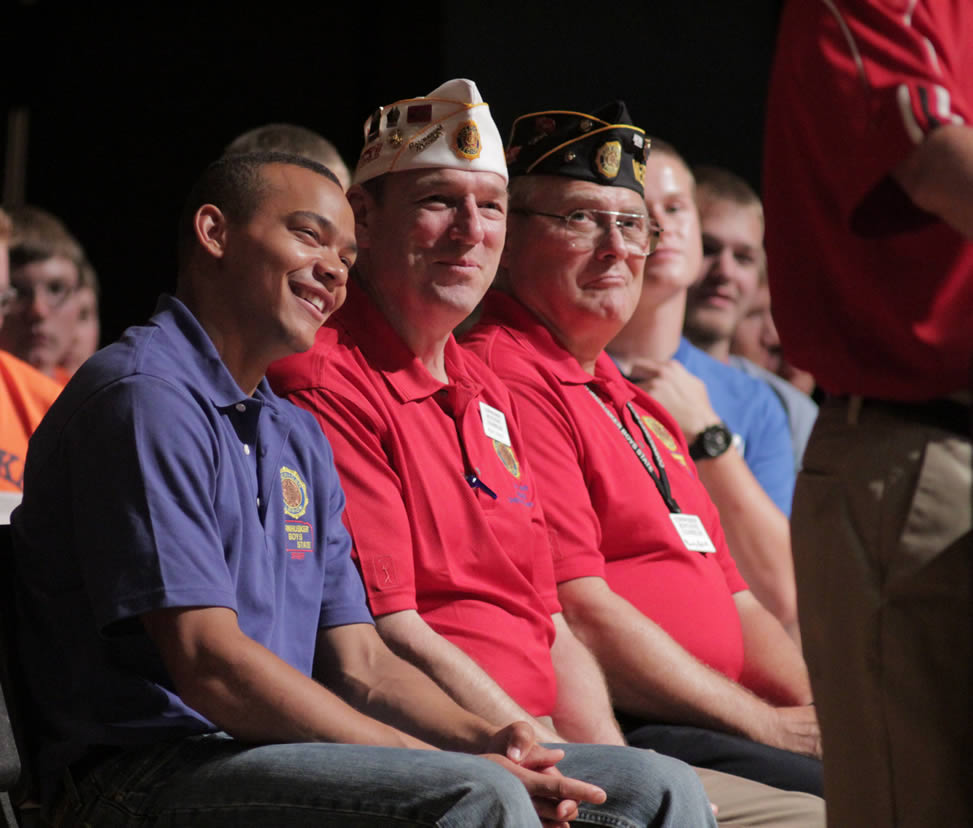 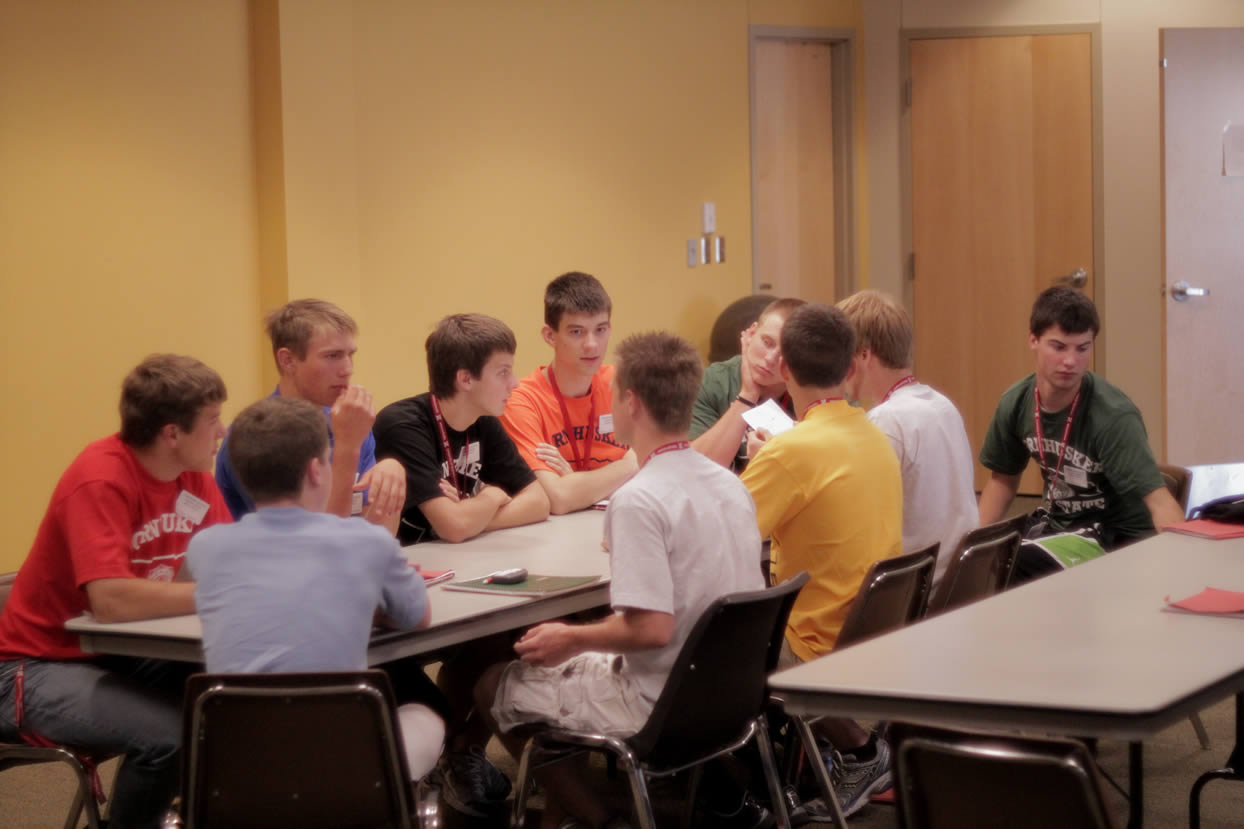 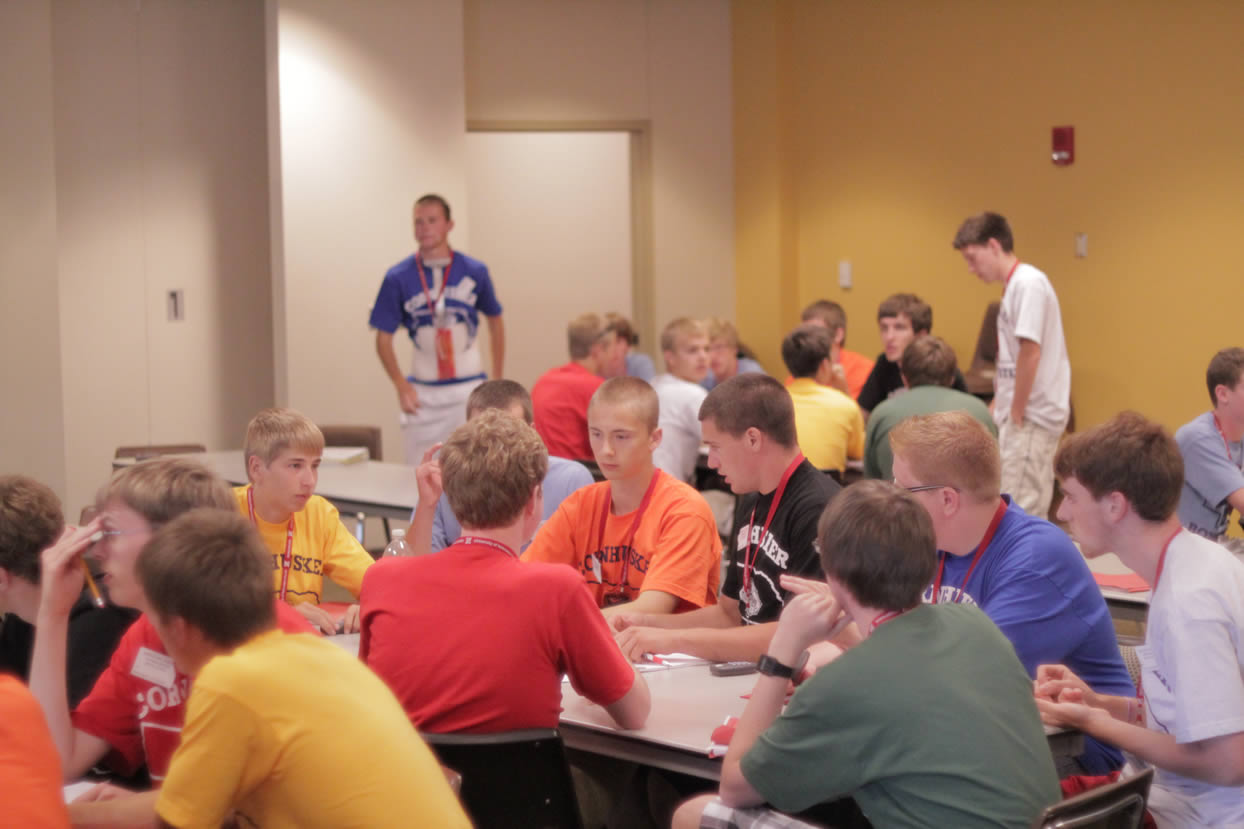