Prior to the primary elections this afternoon, delegates campaign from floor to floor (town to town).  Stay tuned for election results later today! 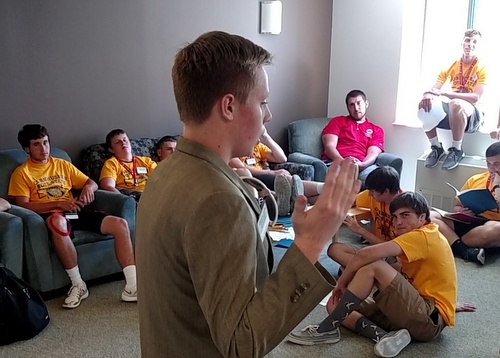 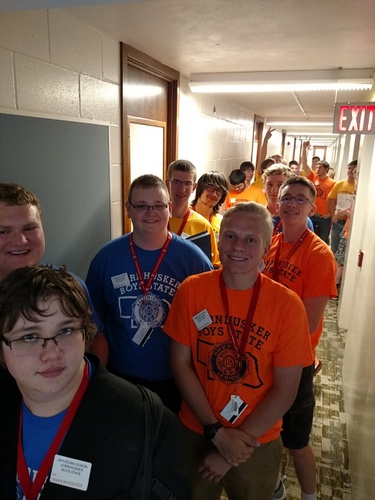 While many Boys’ State delegates were busy with school board, city council, and PAC meetings, the 49 new State Senators opened the 76th Cornhusker Boys’ State Legislative session. Many senators wanted to start begin the session with debating of bills, they first needed to elect the Legislative Leadership; the Speaker, Clerk, Sergeant at Arms, and Chaplin. Many individuals expressed interest, shared experiences, and gave reasons on why they should be elected.

The senators have a busy session ahead of themselves as many bills have been submitted already. The first round of committee meetings have already taken place and Wednesday will be the introduction of priority bills on behalf of each committee. 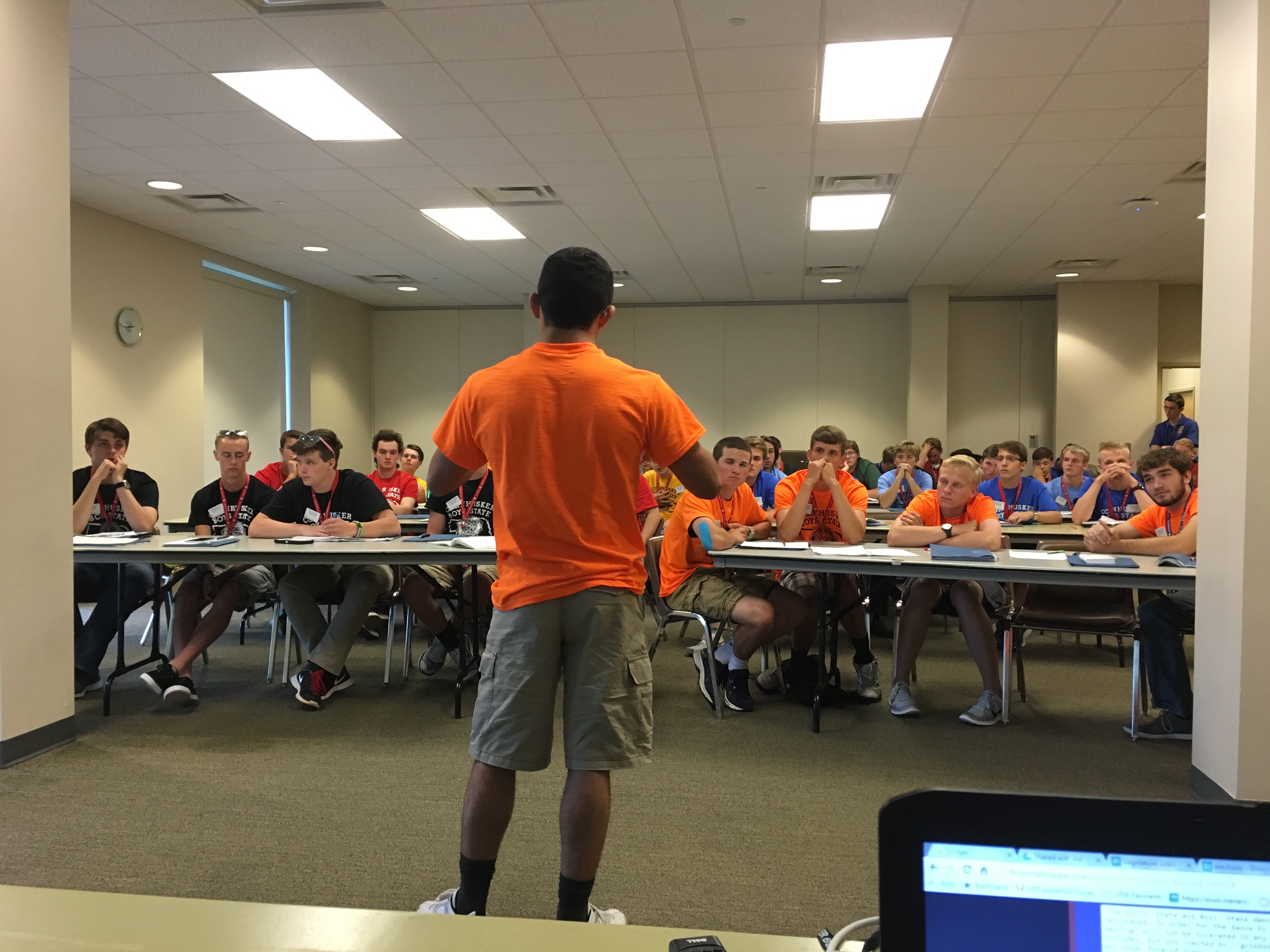 Speak Juan Lasso Velasco addresses the members of the Legislature

Senator Ben Sasse made one point throughout his address to Boys’ State. The current Senator from the state of Nebraska drove home that the future of jobs will require no singular skill set. He claimed that employees will require the capability to shifting between specializations. Artificial intelligence and automated production will likely take over major industries throughout the United States. This shift is similar to the historical revolution of agriculture. These shifts required individuals to acquire a specialized skill set within their jobs, artificial intelligence will drive the millennial generation to be continuously evolving to be dynamic in any given direction. Sasse also mentioned an educational upheaval, where universities adapt to allow older students to take classes while supporting a family. This may be necessary for a fast moving and faster growing economy.

Have You Secured Your Own Mask First?

The keynote event at Cornhusker Boys’ and Girls State this evening was electric!  Dr. Joanne Owens-Nausler provided plenty of movement and motivation to energize the crowd of 800 high school juniors.  Her message of “securing your own mask first” resonated, sending the audience away with pep in their step. 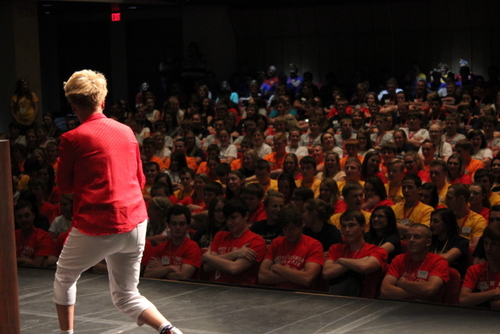 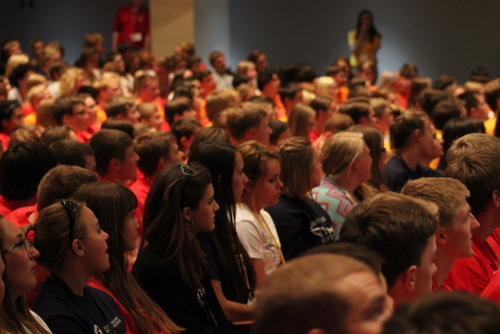 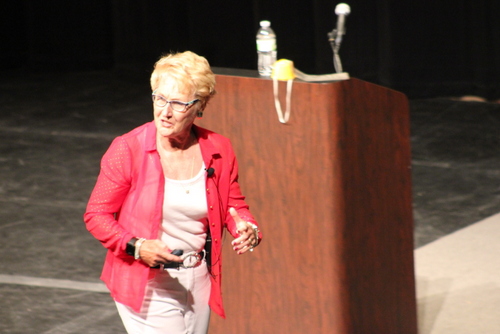 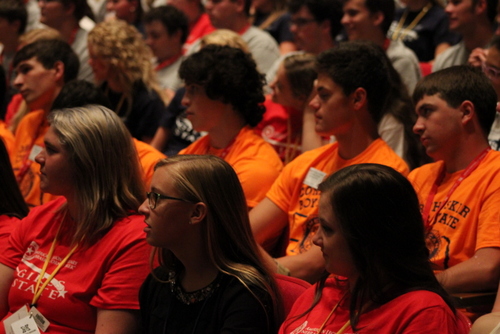 This morning, delegates received an education from Mr. John Lindsay of O’Hara, Lindsay and Associates regarding the role of lobbyist in the legislative process.  Mr. Lindsay shared his experiences as an attorney, former Unicameral senator, and lobbyist. 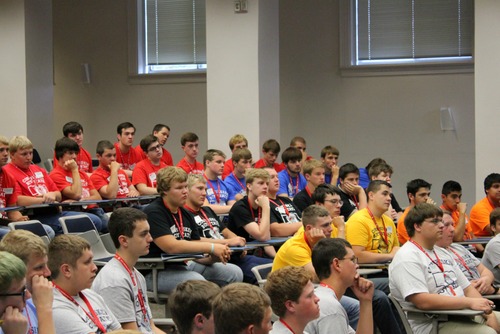 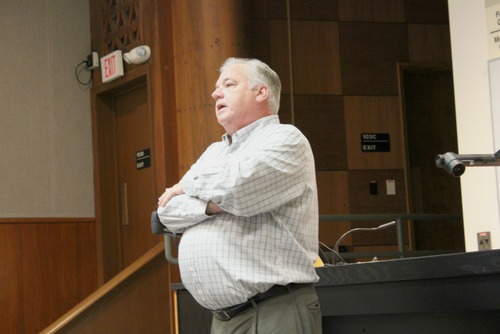