This morning, newly elected school board members and other interested delegates attended the “School Boards and How They Work” session.  Matt Belka of the Nebraska Association of School Boards was the guest presenter.  Mr. Belka explained the purpose and mechanics of how school boards operate.  Following the lesson, delegates broke into groups to discuss some current issues facing school boards.  Discussions covered several areas, including dress code, consolidation, drug testing, technology access, student representation at school board meetings, and more. 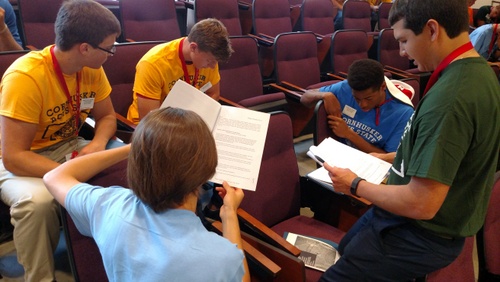 The Boys Are Back in Town

400 delegates from all corners of the state arrived today at Harper Hall on the University of Nebraska – Lincoln campus.  Many had a short drive while others arrived on chartered buses that were boarded 8 hours earlier.  Each have brought some personal belongings, unique perspectives, and valuable talents.

Upon arrival, delegates were greeted by a host of volunteers including American Legion members and the 36 member counseling staff.  Families toured the accommodations in Harper Hall and then said their fair-wells.   Quickly, the focus shifted from check-in logistics to building relationships in their town of 50.

The afternoon session at Kimball Recital Hall was steeped in tradition and inspiration.  Sen. Ben Sasse, a former Boys Stater and counselor, shared a message about the need to be lifelong learners as the rate of change in the economy is ever increasing.  He also shared thoughts about national and world politics stressing the need to work together to understand and address our most important challenges.  The session was closed by Chief Counselor Scott Day.   Mr. Day encouraged the delegates to take good risks and capitalize on this unique opportunity.

The day’s events concluded with the formation of city governments.  Each of the eight towns elected a mayor, city council, school board and more.  Tomorrow delegates will learn more about these important local offices and get hands on experience as they become immersed into the Boys’ State government simulation. 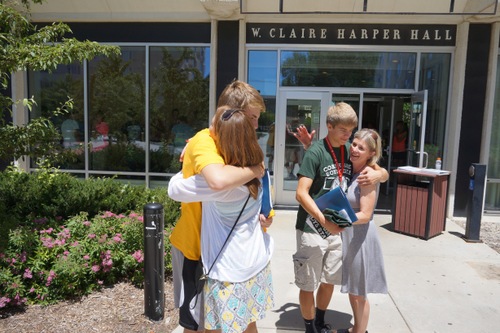 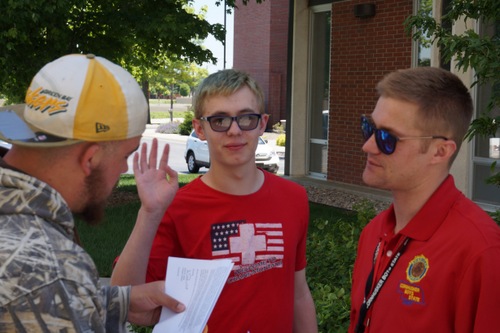 A time-honored tradition, Cornhusker Boys’ State is a premier leadership experience and proven training ground for numerous local, state and national leaders.  From politics to sports and journalism to music, Boys’ State is an immersive 360 degree experience.  Its purpose is to teach today’s youth a practical lesson in advanced citizenship.

Nearly 400 high school juniors from every corner of Nebraska will make the journey to the state capitol.  In Lincoln, everyone begins on equal ground in unfamiliar territory.  Dedicated counselors will lead eight “towns” of 50 delegates to grow in spirit and in unity.  Quickly the tide will turn from individual introductions to collective synergy.  Opportunities are everywhere and each Boys’ State delegate may choose to contribute in some way for the benefit of all.

Delegates will participate and compete in a comprehensive simulation of local and state government.  Many will hold sessions in grand settings at the state capitol.  Daily recreation and activity times provide additional opportunity for fellowship and a chance to further experience a flagship university campus.  Speakers for this year’s session will include top elected officials, motivational speakers, coaches, and more.  In 2016, an exciting new feature for the week is the Thursday evening talent show.

Lifelong friendships will form, ideas will be shared, and personal growth will occur.  Delegates should prepare for a week to shape a lifetime.

Legislative and Judicial Branches are in Session

Thursday morning, Senators from each town met to discuss the legislative bills that have been submitted to the floor of the legislature. Current issues being discussed are bills to renew the legal voting status of persons convicted of a felony, the disclosure requirements on products that contain GMOs, and a bill that would require counselors to tuck Boys’ State delegates into bed every night. 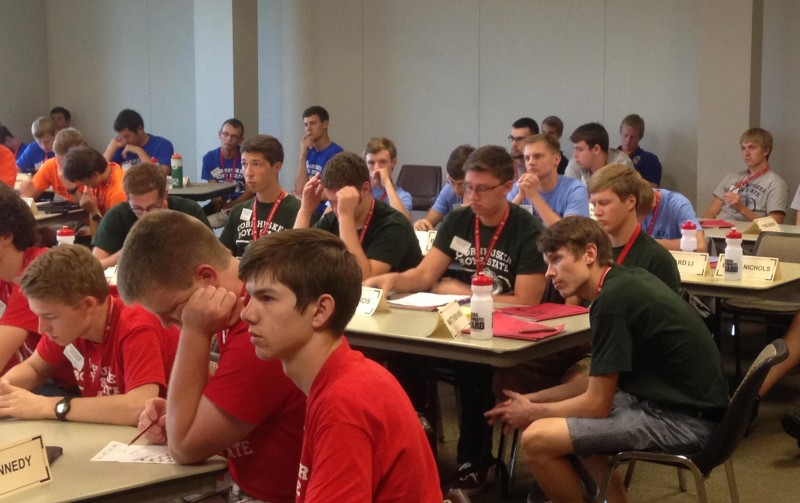 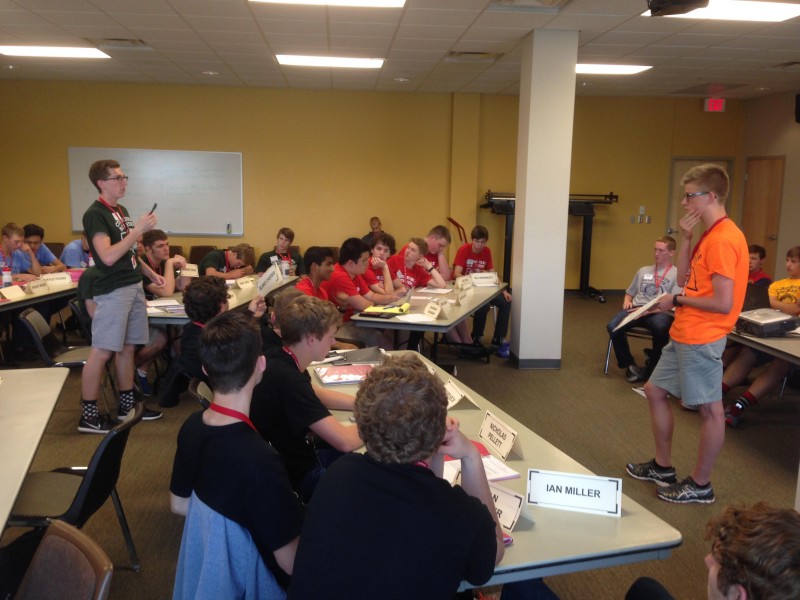 In rooms nearby, Washington and Lincoln County District Courts were hearing a number of cases ranging from gay marriage to the details of teachers requirement to disclose certain information about child abuse discovered toward their students.

The Legislative and Judicial branches will both be meeting in the Capitol Building tomorrow for their final hearings.