Nebraska Governor Pete Ricketts visited Boys’ State on Wednesday night. He spoke on four major goals and pillars he has: relief for floods that struck Nebraska in March, along with other bills and taxes. Ricketts opened by stating his four goals as a politician. They are vision, evangelization, having the right people in the right place, and holding people accountable. “No one person is strong enough to tell everyone what to do,” he said. “Surround yourself with people who know issues.” He also outlined four pillars that went with those goals. They are developing and connecting, running the government more effectively and efficiently, being good stewards of tax dollars, and promoting the state. “[We want to] create connections and open markets with our producers,” he said. “[We want to] create opportunities for our Nebraska families, so they can enjoy The Good Life in our state.” Another main topic he spoke about was the flooding that took place in March across the state. He focused on the incredible actions of the Nebraskan people in helping the state recover. “Everywhere across the state, we saw people stepping up,” he said. “Through this all, the thing that matters is that people come together to solve these problems.” In association with the flooding, he also spoke of LB 512, a bill that was passed to ease taxes for farmers affected by the natural disaster. “Usually, property taxes are assessed based on the state of the property in the previous year,” he said. “However, a lot of farmers’ properties are not worth as much as they were last year because they have five feet of sand sitting on them.” Ricketts also received questions about other types of taxing, such as the Pink Tax. He had a simple response to these requests. “I don’t have an opposition to tax credits,” he said. He wrapped up again focusing on the people of Nebraska, saying that they are the reason the state is so great. “The greatest strength we have is our people,” he said. “They understand when to take care of others in the community.”

From the moment she strode confidently onto the stage, Boys’ and Girls’ Staters alike were held transfixed by her vivacity, entertaining anecdotes, and powerful message of kindness and responsibility in leadership. Dr. Joanne Owens-Nauslar, affectionately known by her audiences as Dr. Jo, has been inspiring participants at both the Boys’ and Girls’ State programs for over two decades, and this year was no exception. Partly through her cheerful demeanor and audience engagement, the motivational powerhouse of a woman held her listeners spellbound for just under an hour as she passionately described the responsibilities that come with leadership. Central topics of her address included turning problems into opportunity (she herself was an unplanned pregnancy), thoughtful communication, enthusiasm for every task set before us, and, perhaps above all, kindness in our actions toward others. And as the assembled audience sent shock waves through Kimball Hall with a tremendous standing ovation at the conclusion of Dr. Jo’s address, it became sparklingly clear why Dr. Jo has become one of the most hallowed and highly anticipated of Boys’ State’s many traditions. 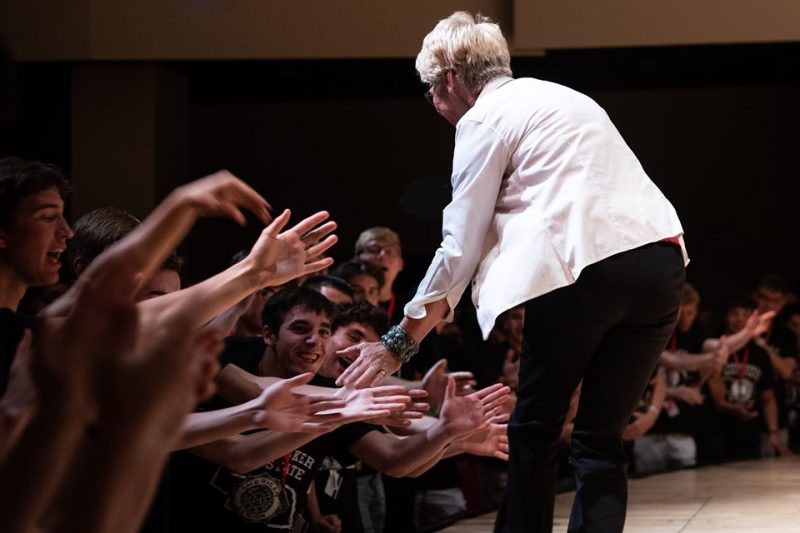 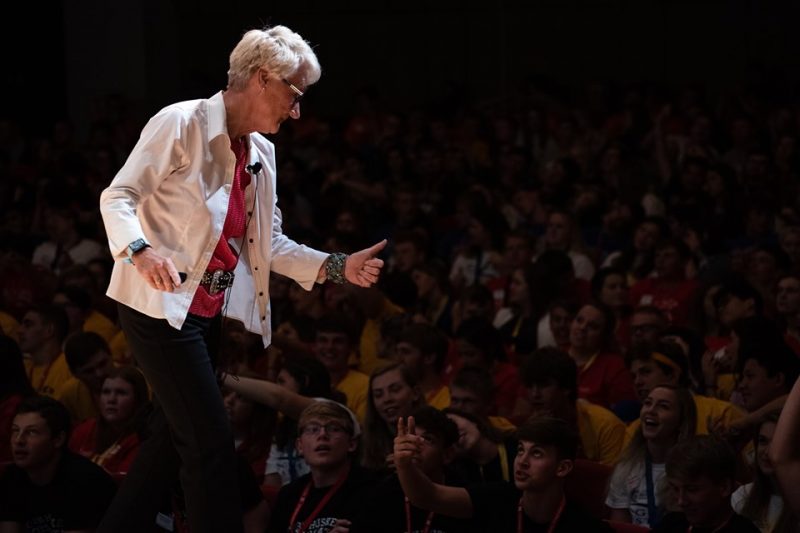 The third day of Cornhusker Boys’ State was full of spirited political debate, campaigning, and voting.  We capped off the day with a trip to the Nebraska National Guard base.  The day began with our two political parties, the nationalists and federalists, debating planks in their newly formed party platform. Next, candidates campaigned for various state and county offices. Later that afternoon, a primary election was held. In the evening, the delegates toured the National Guard Base in Lincoln. 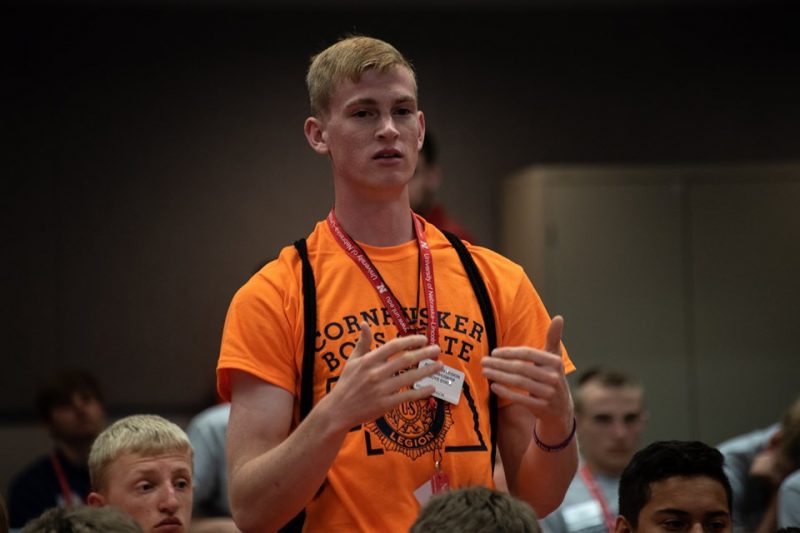 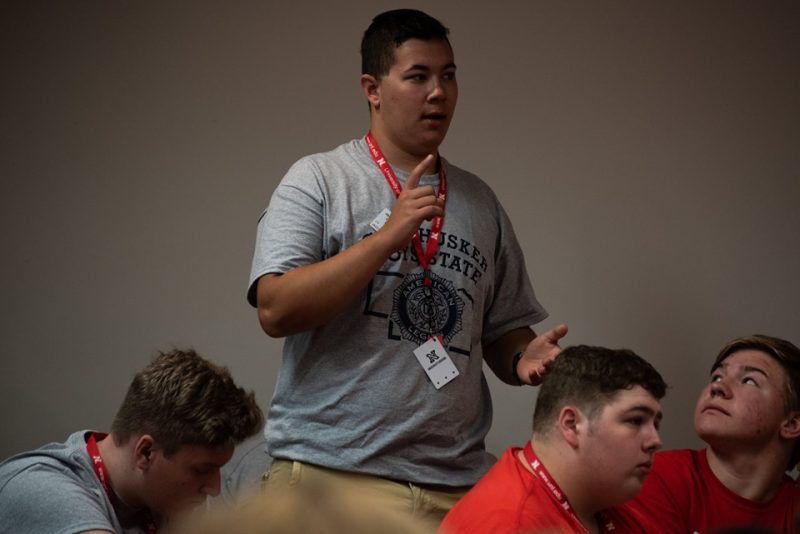 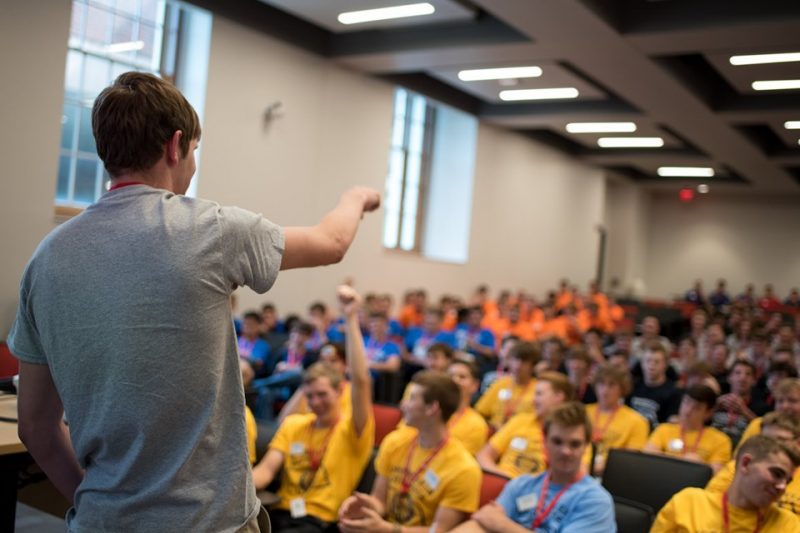 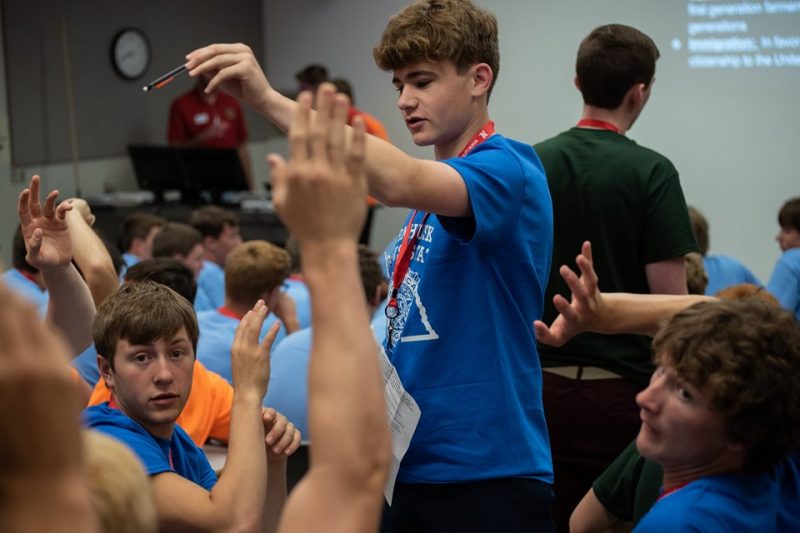 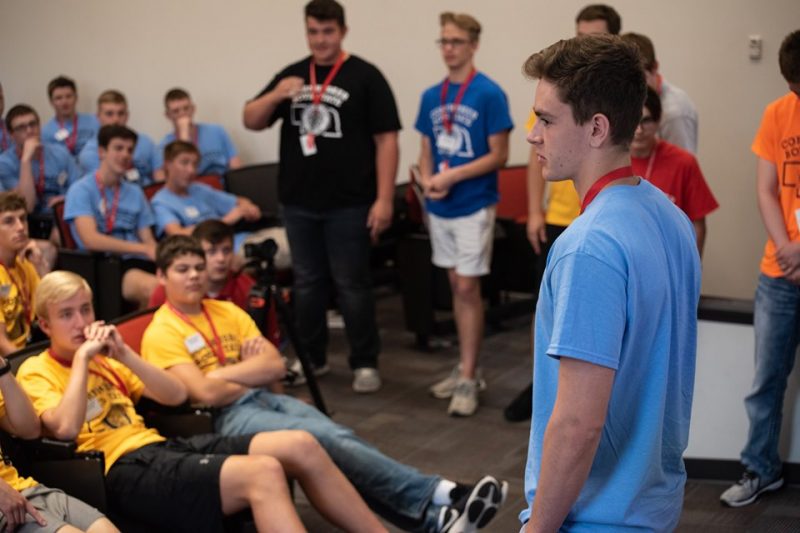 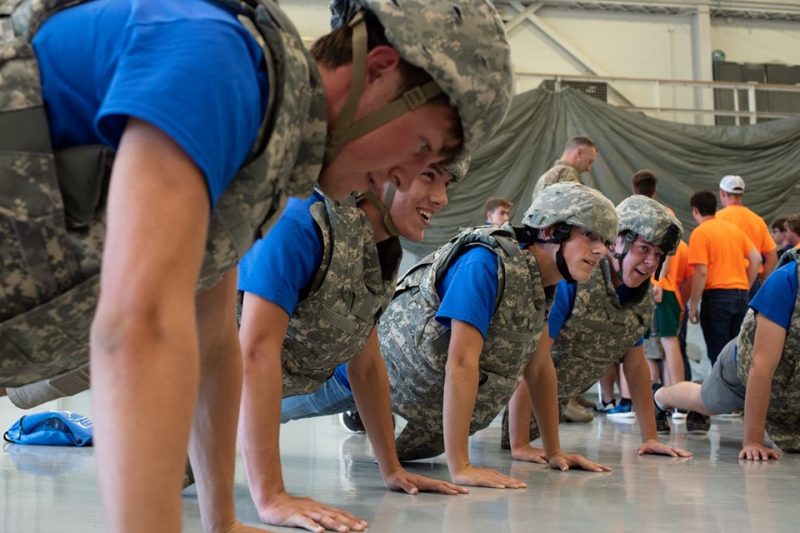