City election results are in! Here are the winners of Belleau Wood elections. 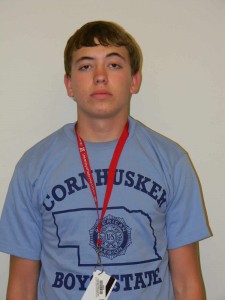 Congratulations to the following people who have won elections and positions in Lincoln County.

Clerk of the District Court: Gage Baker and Micah Chvatal

Tuesday afternoon, delegates voted in primary elections for their state ticket to narrow the playing field down for Thursday’s general election. Here’s what will be on Thursday’s ballot.

On Tuesday afternoon, candidates up for election in the initial primaries were given a bit of time to go to different towns and campaign. While much of the debate was on serious political issues, some candidates were asked to do tricks or other personal feats for the enjoyment of the town they were visiting. Check out the photo collage below.

Click here to see Mayor Taylor Menke of Manila Bay do a trick during his Governor campaign!

Earlier this evening, sixteen boys came forward with the backing of their parties and towns and formally announced their interest in running for state governor by filing for the ballot. Each boy will campaign for their party’s vote until the Thursday gubernatorial primary, at which point one boy will represent each party, and they will have just one more day to campaign to the whole delegation of Cornhusker Boys’ State. After an hour and a half debate Friday morning, the vote will take place, leaving only one boy to become Boys’ State Governor 2010-2011. Here are the candidates.